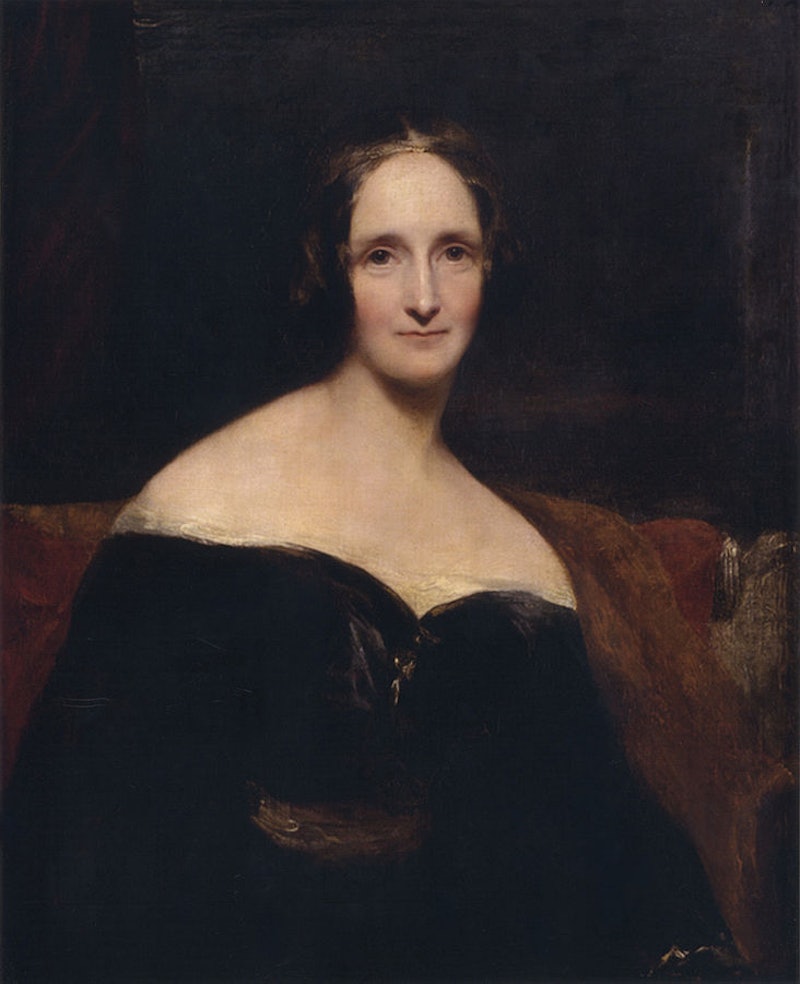 She’s been called the queen of horror, the mother of science fiction, and is one of the most recognized gothic novelists in literature. Mary Wollstonecraft Shelley, best known for the 1818 novel Frankenstein, or The Modern Prometheus — a totally terrifying tale that, nearly 200 years later, readers still turn to for a little spine-tingling reading — had a somewhat eerie life herself; and not just in the pages of her novel. Family scandal, an illicit love affair, travel, repeated loss, blackmail: all the stuff of a great novel or thriller, but for Shelley, these were the events of real life.

While literary legend has it that the original manuscript of Frankenstein was imagined and composed as part of a summertime horror story writing competition, the facts of Shelley’s life demonstrate that she’d had an affinity for the offbeat, eerie, and downright freaky from the very beginning. The novel has influenced popular culture for generations — from film and theater to other works of literature. (And yeah, in case you haven’t gotten the memo by now, Frankenstein is the doctor, not the monster.)

Here are 15 surprising — and totally freaky — facts about Mary Shelley, just in time to put you in a haunting, Halloween spirit.

Check out the entire What's Up, Boo? series and other videos on Facebook and the Bustle app across Apple TV, Roku, and Amazon Fire TV.