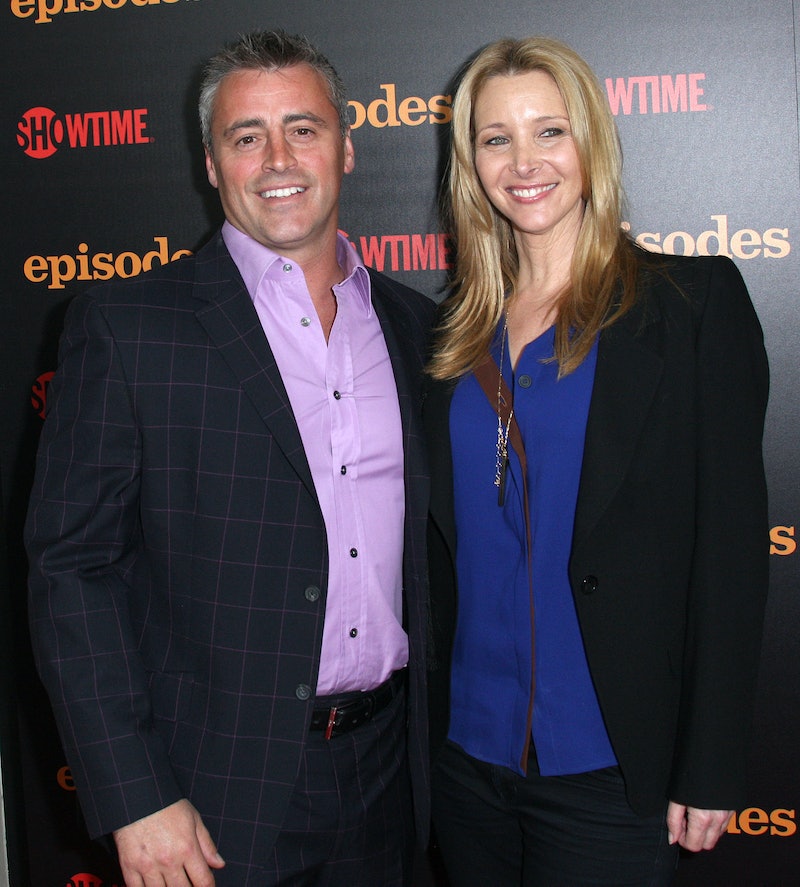 Believe it or not, but sometimes playing Phoebe Buffay wasn't as fun or carefree as it looked. Actually, Matt LeBlanc gave Lisa Kudrow advice on how to play Phoebe when she found herself struggling with the beloved Friends character in Season 3. Kudrow made the somewhat surprising reveal during Kevin Nealon's YouTube series, Hiking With Kevin.

In an exclusive clip from Sept. 12's episode shared by Entertainment Weekly on Wednesday, Nealon asked Kudrow if she had ever played a character like Phoebe before. She answered, "This is a really good question." Kudrow continued, "I had played dumb girls, sure, but it wasn’t really me." Now, some might not agree with Kudrow's description of Phoebe. Yes, she was sometimes, as Phoebe even called herself in Season 6, Episode 12, "flaky," but she was far from "dumb." Phoebe always stood her ground, stuck to her beliefs, and followed her heart and dreams.

Whatever the case, it doesn't appear to be Kudrow's intention to describe Phoebe in a negative way. Rather, it seems like she was simply trying to explain how difficult it was to play Phoebe at one point in time, especially because the character was so different from herself. Like she told Nealon, "I feel like, 'Sh*t, I tricked 'em at the audition. I was the only one who could cope with the audition process and that’s how I got it,' I think. So I had to work hard at being Phoebe. And then, like, third season in, I was struggling so much."

The Emmy winner (she won her first Emmy in 1998 for her portrayal of Phoebe) said even her costar, LeBlanc, noticed she wasn't quite herself on set. Kudrow recalled to Nealon, "LeBlanc was like, 'What's going on with you?' And I said, 'I can't, I don't think I have it. I don't know what I'm doing.'" But, then the actor who brought Joey Tribbiani to life gave her advice that helped Kudrow greatly. She revealed, "He went, 'You're her. Relax. You got it. You’ve been doing this f*ck*ng character for three years. You’re working too hard. That’s your problem. You don’t need to work as hard. Relax.'" According to Kudrow, "He was right!"

The end of Friends Season 3 was kind of major for Phoebe. She learned that her birth mother was actually alive after all this time. There were other memorable moments throughout the season too, like when Phoebe tried to bond with her brother, Frank Jr., when she signed for the race car bed that ended up in Monica's room, and when Phoebe worried that someone she knew might die if she went to the dentist. And, yes, Kudrow played Phoebe beautifully in every single episode.

During her chat with Nealon, Kudrow also said that she's never watched Friends, but that isn't brand new information. In May, she told Entertainment Tonight, "I don't watch it if it's on. I might not like myself [on the show], so I'd rather not risk that."

Despite her struggles playing Phoebe early in the series, Kudrow never failed in bringing her character to life. She also walked away with a group of close-knit friends and an unforgettable experience. Like she told The Guardian in 2015 about people forever equating her with Phoebe, "It’s not irritating. It was my job to make people believe that I was that person. It’s unconscionable to me to want to remove myself from Friends. It gave me every single opportunity. I appreciate it every single day, I promise."

Friends would've been a completely different show without Kudrow as Phoebe. Thankfully, she had people by her side, like LeBlanc, to support her and push her to play Phoebe flawlessly.