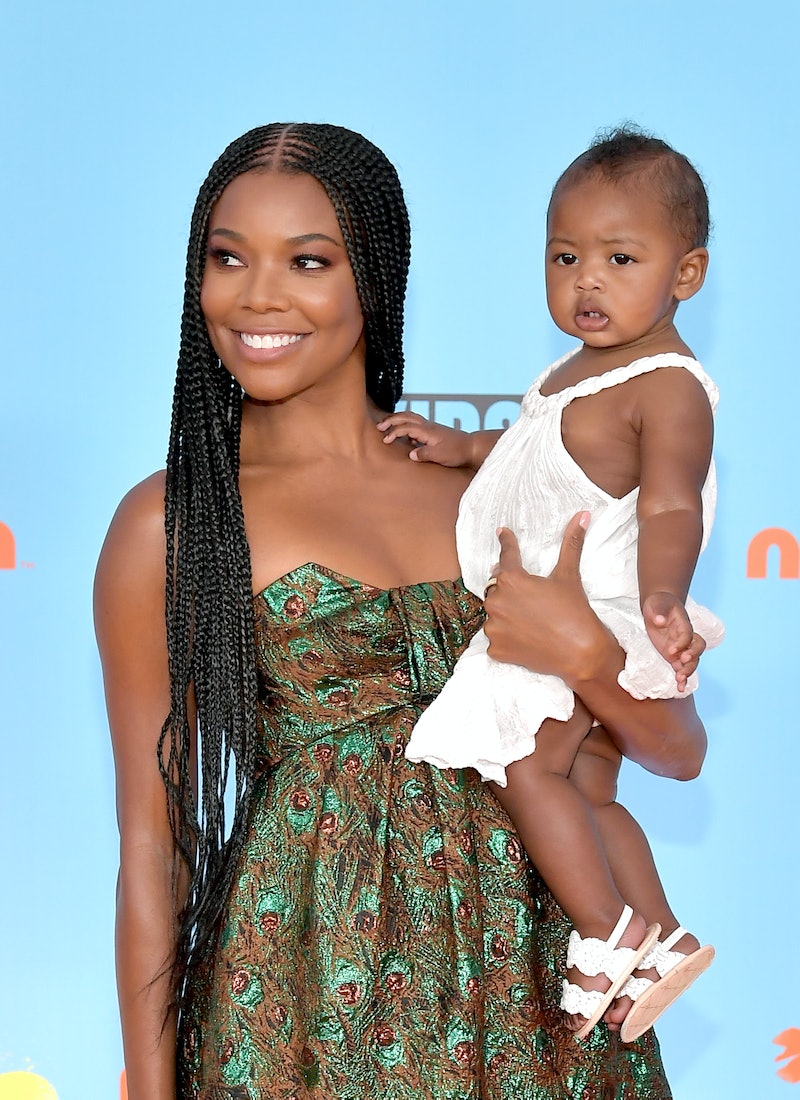 This past weekend, celebrities began unveiling their Halloween costume masterpieces for everyone to see on social media, but one star's throwback outfit really deserves our attention and applause. Gabrielle Union wore her Bring It On Clovers uniform and she looks exactly the same as she did in 2000 when the movie was filmed.

Union-Wade celebrated Halloween (and her Oct. 29 birthday) with a celebrity-filled party, including guests like Snoop Dogg to E40. Much to her fans' delight and surprise, the actor decided to dress up for her 46th birthday with her most iconic (and nostalgic) look to remember: the Clovers cheerleading uniform from Bring It On. Union-Wade took the look even further and dressed her meme-famous daughter Kaavia James in a similar costume, positing it to Instagram with the caption “Brought It.” Kaavia’s Clovers costume was a little different, reading “Runza,” the name of a restaurant chain based in Nebraska, where Union-Wade was born.

Union-Wade shared several photos of their matching costumes to Instagram on Oct. 27. The actor even shared a video of herself and her daughter with the Clovers’ iconic cheer playing in the background.

Union-Wade first gave fans a glimpse of the duo’s costume back in September when the actor posted a photo of Kaavia in the Clovers costume. Perhaps it was the response of her fans on that Instagram photo that encouraged her to dress up to match daughter Kaavia.

Union-Wade and Kaavia weren't the only Clovers cheerleaders at the party, though. Rapper Saweetie performed at Union-Wade’s shindig while also dressed in the same uniform.

Union-Wade's Bring It On uniform has been a popular costume since the movie premiered almost 20 years ago. But the influence of the Clovers uniforms is still going strong. As recent as this month, social media stars Rickey Thompson, Denzel Dion, and Dolce Telmah posted a group costume to Instagram of themselves as the the Clovers.

In 2016, even a handful of Black Dallas Cowboy cheerleaders made headlines when they dressed as the Clovers for Halloween. Naturally, the OG Clover gave her stamp of approval in a tweet.

While the movie may have premiered nearly two decades ago, it seems there will always be some Clovers in the atmosphere — at least for Halloween.