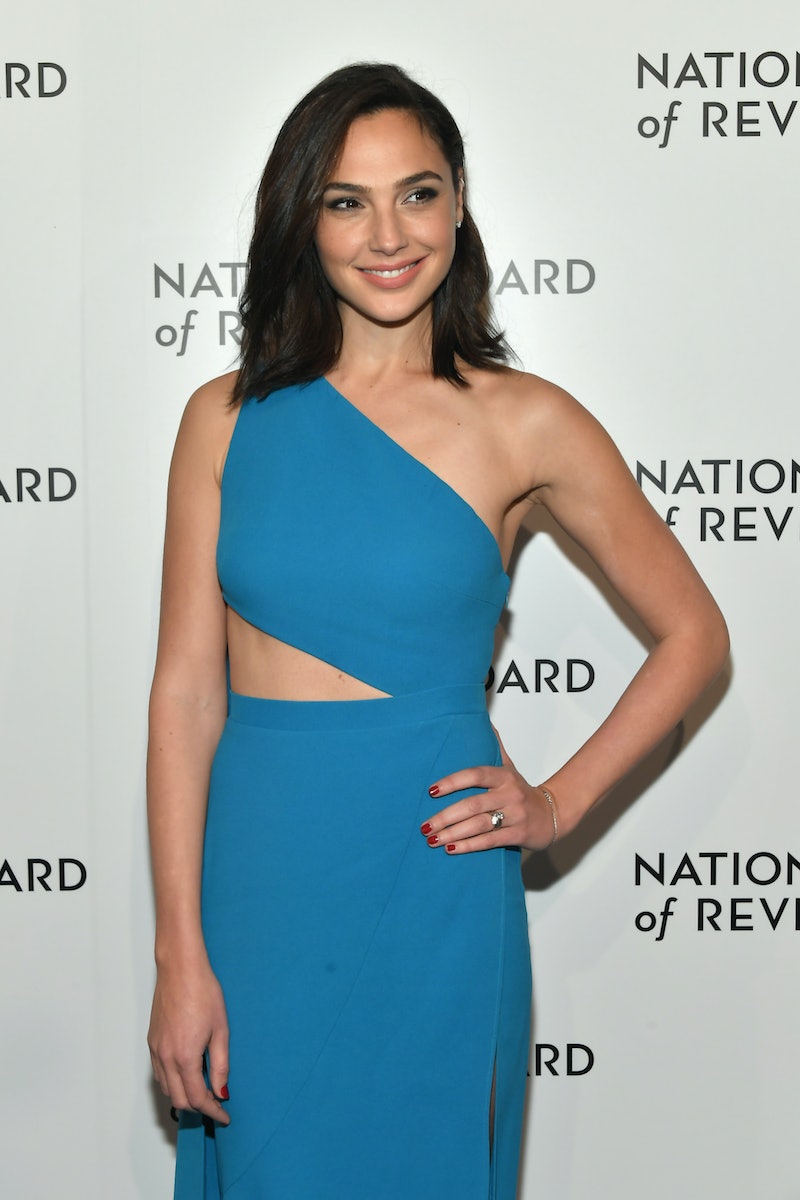 Before she was saving the world from Ares as Wonder Woman, Gal Gadot was a badass street racer in the Fast & Furious franchise — and now, thanks to Gadot's new role in Wreck-It Ralph 2, she'll slide into the driver's seat once again. Gadot announced on Instagram on Friday that she will play Shank, a street racer, in the upcoming Disney sequel, Ralph Breaks the Internet.

“Shank is amazing at driving cars and has this bad-girl vibe to her,” Gadot said in a statement to Variety about her character, who lives in the tough-as-nails world of the game "Slaughter Race." She continued, "But as the movie goes on, you realize how fun, wise, and warm she really is on the inside, which is what I like most about her.”

Ralph Breaks the Internet will follow the titular hero — voiced by John C. Reilly — and the spunky and adorable Vanellope von Schweetz (Sarah Silverman) on a journey around the worldwide web in search of a part to save Vannellope's game, "Sugar Rush." On their journey, they will have to compete in the "Slaughter Race" against Shank, forcing the tiniest princess to show off her best candy car driving skills.

Along with the casting announcement, Disney released a new trailer for Wreck-It Ralph 2, highlighting Gadot's character and the "wicked dangerous" racing game world that she lives in. After a grand entrance that would make Dom Toretto proud — think lots of high-speed turns, slides and a barrel roll into a dark, shady-looking garage — Shank and Vanellope start their engines for an epic race. (Ralph, however, is not as instantly impressed with this new game.)

“She is the coolest character in this world of ‘Slaughter Race,'” director Rich Moore told Variety. “Shank’s lived a lot, she’s seen a lot, yet she’s got nothing but kindness in her heart." The trailer also teases that Shank and Vanellope might have more in common than meets the eye — after all, not every driver can manage to speed along the roof a tunnel, with a large, screaming companion in the passenger seat.

And if Shank seems a little familiar to you, it might be because Gadot's Fast & Furious character, Giselle, was also a fast-driving badass, who wasn't intimidated by anyone. (Clearly, precision driving and marksmanship is something that all of Gadot's movie characters have in common.)

Of course, Shank isn't the only new character that Vanellope bonds with on her new adventures through the internet: She also finds herself hanging out with her fellow Disney princesses, as they all bond over their magical and sometimes nonsensical adventures in their own kingdoms.

And, in one of the trailer's most meta jokes, Brave's Merida recounts watching her mother and brothers get turned into bears by a magic spell, in her thick Scottish accent. "We can't understand her," Moana whispers to a very confused Vanellope, before Frozen's Anna clarifies that she's "from the other studio," a reference to Brave's status as the only Pixar princess movie.

Wreck-It Ralph 2 promises plenty more in-jokes, with trailers teasing everything from pop-ups to autocomplete to Disney's ownerships of the Star Wars and Marvel franchises. If the first film brought the world of arcade games to life on the big screen, it seems as if Ralph Breaks the Internet will travel into our phones and laptop screens to bring all of the online games, fandom websites and, of course, Amazon orders, and bring it all to the movie theater. (It's really only a matter of time before Vanellope becomes Instagram famous.)

Ralph Breaks the Internet — and all of its colorful and badass characters — will open in theaters everywhere on November 21.