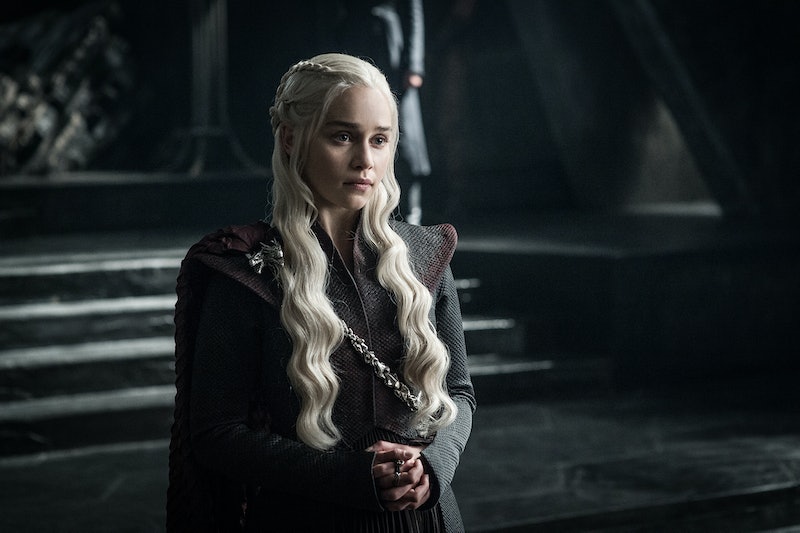 Helen Sloan/courtesy of HBO
By Leah Marilla Thomas
May 23, 2017

With only two seasons to go on Game of Thrones, a lot of things that fans didn't expect to happen may finally come to fruition. Apparently, that forward motion will affect not only the content, but the very speed at which events take place. According to Entertainment Weekly, the pace of Game of Thrones Season 7 will be quicker than fans expect. What does that mean for the show?

"A lot of things that normally take a season now take one episode,” said Nikolaj Coster-Waldau, who plays Jaime Lannister, in an interview with EW's James Hibberd.

This sort of domino effect is not too surprising. Once a war begins, it's hard to go back or take a break. I don't think that Season 7 is going to feel rushed. If anything, it will feel inevitable. Each season may have its own arc, but Game of Thrones has been telling one epic story from the beginning. Now that we are towards the end, it has to really get going.

“The conflicts that have been building the past six years are upon them," says executive producer Dan Weiss in the same interview, "and those facts give them a sense of urgency that makes [everyone] move faster.”

What this also means, in this writer's opinion, is that characters are going to start meeting up left and right. Daenerys Targaryen, who has been secluded in Essos for years, is going to have to learn a lot of Stark and Lannister names. Bran and Arya will likely (and hopefully) be reunited with their siblings without any more near misses.

Jon Snow, whose storyline has always been a tease, might find out his true Stark/Targaryen heritage immediately. Can you imagine? There will probably be some major deaths early on in Season 7 too, though I would rather not think about that. You know who else's story was rowing along at a glacial pace, and then dropped completely? Baratheon bastard heir Gendry. I'm just saying. This fast-paced Game of Thrones opens up a lot of exciting possibilities.