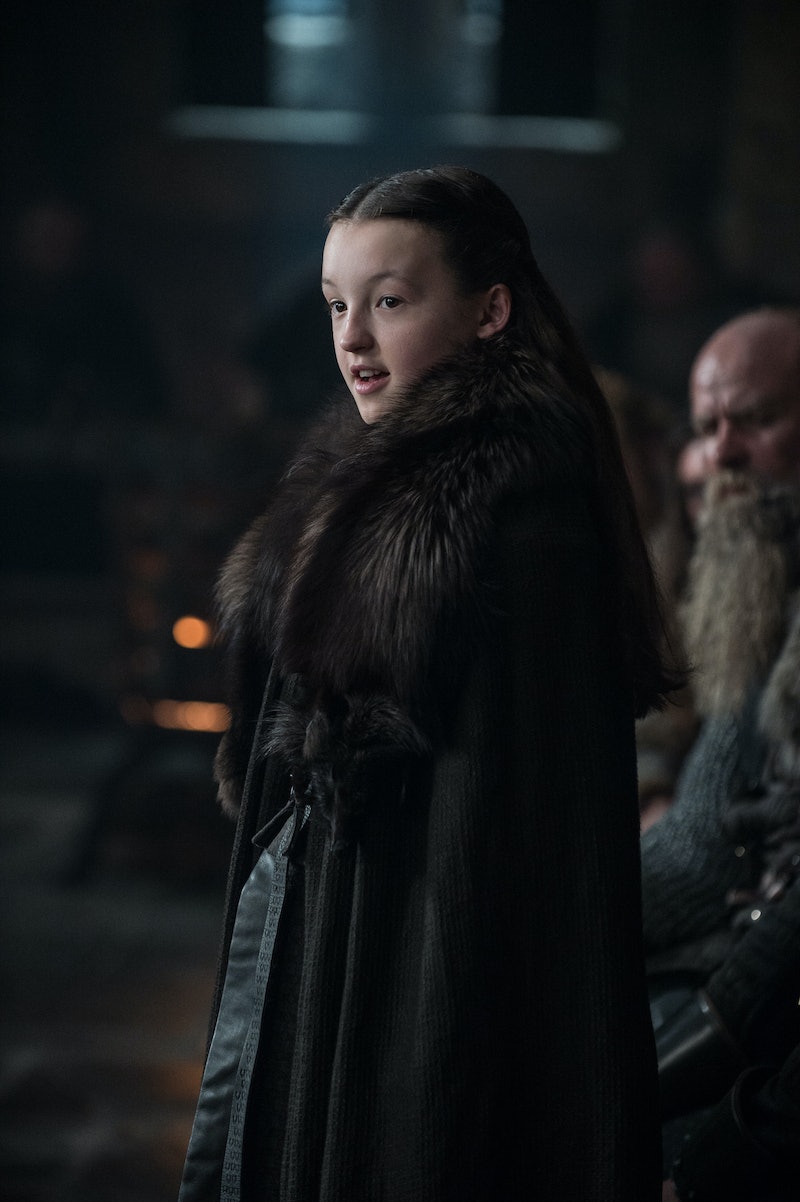 Every character on Game of Thrones has a fan following, no matter how big or how small their role on the show. However, one that has really made a special impact with fans is Lyanna Mormont, Lady of Bear Island. She's one of the youngest leaders in the North, but she's also one of the mightiest. And, it turns out, Game of Thrones star Bella Ramsey will miss playing Lyanna Mormont for the very same reason fans love her: her love of keeping the men in line.

In an interview with The Cut, Ramsey talked a bit about what the end of GoT means to her and why she was drawn into the role of Lyanna Mormont. Of course with a phenomenon like this ending, everyone has things they're going to miss about the show. And Ramsey is going to miss something pretty special.

"I think the opportunity to stand up in front of a load of grown men and shame them," she said, when asked what she'll miss about playing Lady Mormont. "I think playing confident characters also helps with your own confidence. Say you’re in a situation where you’re feeling anxious or nervous — you can become a character and work through it that way. I’ll miss that about her."

Watching a teenage leader make the men in her company fall in line or feel foolish — even King of the North Jon Snow — has truly been a splendid thing to see on GoT, so fans will definitely miss that too. Just watching her can give a viewer a nice confidence boost.

In a separate interview with Entertainment Weekly, Ramsey admitted that she wouldn't be confident enough to tell off a lot of grown men in real life. And that's why she loves Lady Mormont so much. “I’m not that confident, really, but when I was her, I was,” she said. “I love her defiance; she’s a badass. Being able to stand up there and shame all these grown men was super-cool.”

"I respected her," the actor told The Cut of her first impression of the character. "She was just words on the page, but I really felt a sense of her. I was already rooting for her. She’s a badass." The actor was just 11 years old when she first joined Game of Thrones, making her debut in the Season 6 episode, "The Broken Man," which aired in June of 2016.

Going into the role, Ramsey had no idea how she'd be perceived. In fact, she didn't expect all the love she's gotten from fans. "I just turned up, did my filming, and would see what happens," she said to The Cut. "I wasn’t sure whether people would like her or not, because she’s quite a unique character. But I’m very glad and very grateful that people do like her."

In total, she's only appeared in six episodes, but just one was enough to earn her lifelong fans. Needless to say, they're going to miss watching Lady Lyanna Mormont put grown men in their place just as much as Ramsey is going to miss doing it.