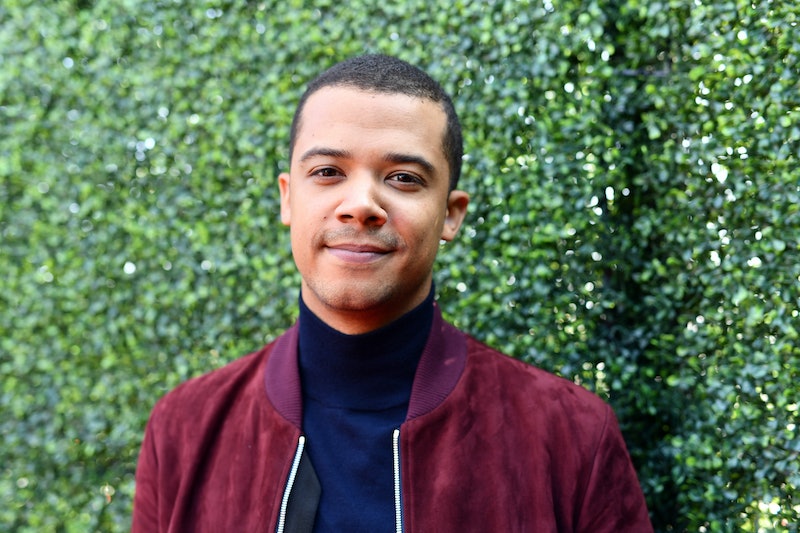 What's Grey Worm doing at the MTV Movies & Television Awards? Game of Thrones may be over, but the cast is still popping up here and there — and, in the case of this star in particular, putting other passions on display. Did you know about Jacob Anderson's musical alter-ego, Raleigh Ritchie? His music career has already started blowing up.

Ritchie is a soul/hip hop/R&B (trip hop in the UK) recording artist and record producer with four EPs to his name and one studio album, titled You're A Man Now, Boy. According to an interview with the BBC, Anderson settled on the name "Raleigh Ritchie" for his musician persona after going through all of his favorite Bill Murray characters. He chose Murray's character (as well as Luke Wilson's character) from The Royal Tenenbaums, ultimately. His musical inspirations span from Stevie Wonder, to David Bowie, The Smiths, Jill Scott, and Erykah Badu. "There's countless things I want to do that I am determined to do at some point," he told the BBC in 2014.

So there's a lot more to Anderson's musical side than doing the Running Man challenge with Nathalie Emmanuel on the Game of Thrones set. In 2018, Ritchie toured the United Kingdom, Canada, and the United States. Here is a recent single/video that the MTV Movie Awards will focus on, titled "Time In A Tree."

Quick note for new American fans: Anderson pronounces "Raleigh" similar or closer to how we'd say "rally," rather than the capitol of North Carolina or its namesake, Sir Walter Raleigh. But I digress.

Anderson gets very nerdy about music. He did an episode of the Song Exploder podcast about "Time in a Tree," as well, really breaking it down. In this Rolling Stone interview (below) he compares forming his band to a meeting a robot dinosaur while riding a unicorn. You know, as one does.

His character on Game of Thrones was sweet, and one half of an epic and tragic romance, but so stoic most of the time that it's refreshing to see this side of the performer.

Plus, Grey Worm may not have made a lot of allies in Westeros, but that's not the case IRL at all. As we all know from their off-camera exploits, the Game of Thrones cast actually was there to make friends, not win, and those friendships run deep. Here's Joe Dempsie and Maisie Williams on stage (and later dancing) at a Raleigh Ritchie concert a few years ago, as captured by fans in the audience:

"Raleigh Ritchie is me," said Anderson in a recent interview with Complex, claiming he has gone "full sad boy" in his music career. "I feel like Raleigh Ritchie is like that demon version of me that's just really honest about all of my deepest darkest feelings and secrets that go through my head. And it's like ‘Let’s write a song about it. Let’s tells tell people. Let's get this off your chest.’ Raleigh Ritchie is not a character, it's the most honest version of me. Raleigh Ritchie is like a shield so that I can say all the things I need to say. And be safe." Taking over the MTV stage for a night is one way to get fans to sit up and pay attention, too.