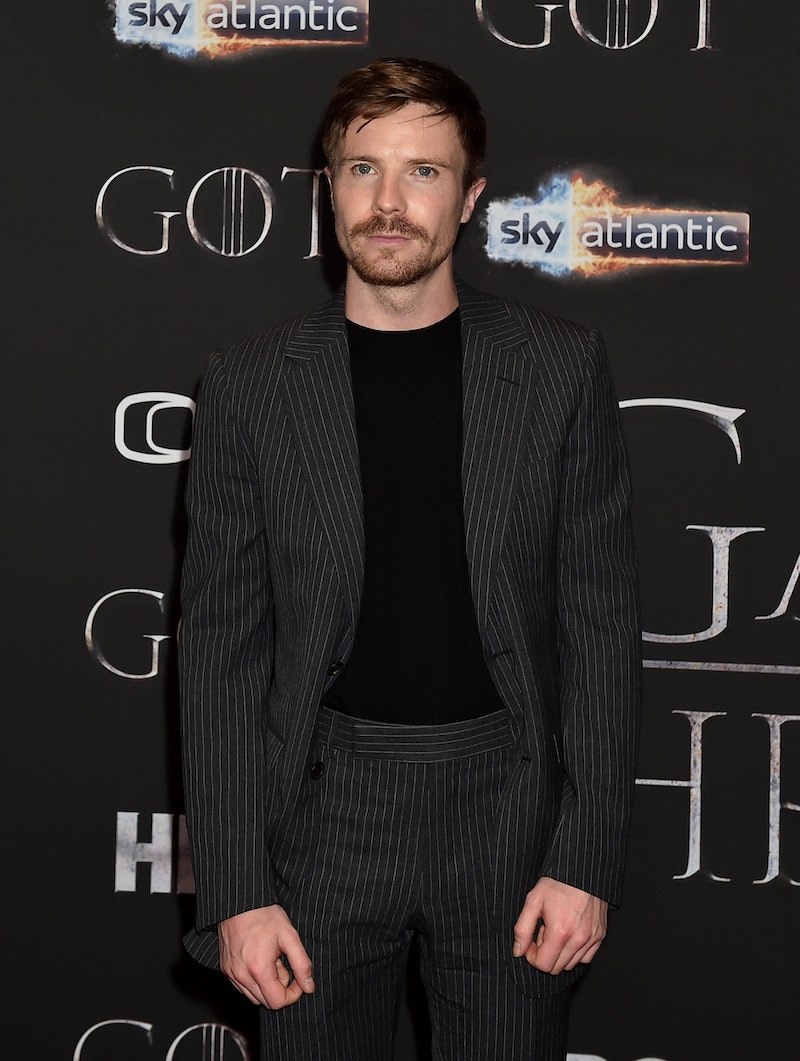 What would the final series of Game of Thrones be without sweet, besotted Gendry (forgive me: that's Gendry Baratheon, Lord of Storm's End), making weapons and throwing around proposals as if Arya Stark ever expressed any desire to be a lady? And yet Game of Thrones star Joe Dempsie might never have made it onto the show at all: Dempsie revealed in a recent interview with Esquire that he was rejected a solid three times by casting directors before he finally landed the role of Gendry.

What's more, the Skins alum was initially up for the role of Jon Snow himself, he told the magazine. "I auditioned for the pilot. I had no idea what Game of Thrones was. Didn't get it. Kind of forgot about it," he said. “Nobody knew it was going to become the biggest TV show on the planet at that point. It was just another audition."

Dempsie's second and third attempts came after a friend told him about George R. R. Martin's novels — presumably offering him a sense of just how colossal the show was likely to become. He took a stab at two smaller roles, friends of Jon Snow. "Didn't get either of those and was convinced that they must just think I'm a terrible actor," he said.

"Then Gendry came along and again I went along to the audition and I think it was three auditions I had," Dempsie told Esquire. "I had one in London, then one in Belfast where I met [showrunners] David [Benioff] and Dan [Weiss] for the first time. And then a final one where David and Dan were there again. And there was like four other producers in the room, too. And I was fairly convinced it was the worst audition I've ever given."

When his manager called him with the good news, Dempsie wasn't inclined to believe him. "I thought he was playing a trick on me," he said.

Dempsie also addressed the controversy surrounding Gendry's sex scene with Maisie Williams' Arya Stark, telling the magazine, "It was strange for me having known [Williams] since she was 11 or 12 years old and being asked to play out a scene like that. That discomfort I had initially seemed to have been shared by quite a lot of people who have watched that episode, too."

"But I found the subsequent conversation actually really quite interesting," the actor continued. "What that scene ended up doing was forcing people to confront their own hypocrisy in a way. I think the root cause of that unease and discomfort in a lot of viewers is because they feel like they’ve seen her grow up on screen. That’s something that happens to us all — we all start off young and then the majority of us start having sex and we’re all perfectly capable [of] finding that journey out for ourselves. But we still find it difficult to watch someone else take that journey, say, on a TV screen."

As for that ill-advised proposal? Turns out Dempsie thought it was something of a daft move too. "Gendry just got a bit excited, didn’t he?" he said. "He’d just been made a lord — he’d known for awhile now where he’s come from but the recognition of that by someone in authority has given him an ability to find a place in the world that I think he’s been searching for his entire life. And he just got a bit gassed and asked someone to marry him."

"And she quite rightly told him where to go," he added. "What a stupid question! I think he knows deep down in his heart of hearts there is no way Arya will ever be anyone’s lady."