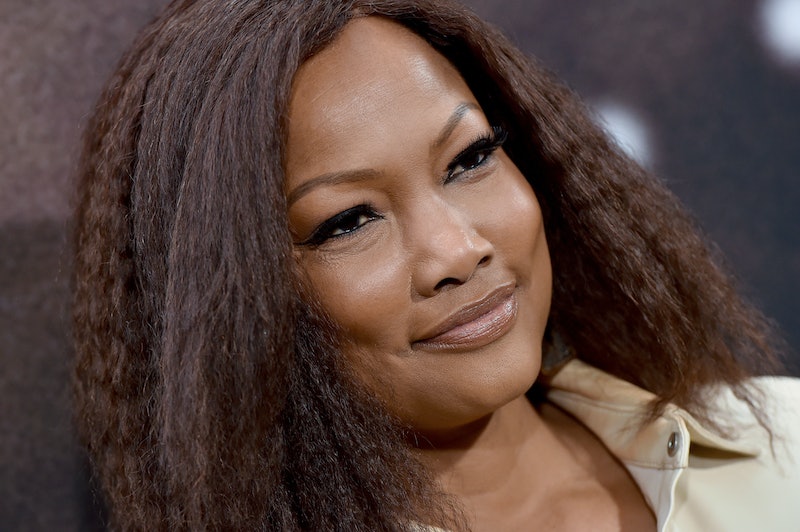 The Real Housewives of Beverly Hills made history when it (finally) casted its first Black lead in the Bravo show's tenth season. But breaking new ground comes with some challenges that need to be faced head-on. In a new interview published on Wednesday, July 1, Garcelle Beauvais opened up about being the first Black RHOBH star, which she admits was both an exciting opportunity and one that causes some major stress.

The actor, who made a big splash on the reality show, revealed in an interview with People that she felt a lot of pressure coming into RHOBH. "Did I feel pressure of being the first Black woman on [RHOBH]? Yes, I definitely felt pressure that people wanted me to come in and do a certain thing or have a chip on my shoulder," she said.

Beauvais was particularly worried about being "labeled an angry Black woman," a stereotype often used on reality television. "That's not who I am. I just wanted to stay true to who I am, and I think that's what people have been able to see so far," she said.

Back in February, Beauvais admitted to E! that it was "about time" that a Black woman get casted on RHOBH. "I mean, we're in every zip code, are we not?," she asked. "So, hello!" And in January, she told People that joining the show was kind of like her own midlife crisis. "I feel like, ‘Why not?’ I wanted to do something outside of the box," she said. "Instead of buying a Corvette or doing something crazy, I joined the Housewives."

And thank the Bravo gods she did. Beauvais has emerged as a fan favorite on the new season. Her down-to-earth persona and willingness to throw some shade to OG Kyle Richards made her an immediate hit. Plus, her siding with fellow fan fave Denise Richards as she spars with the other ladies adds a lot of fun drama for viewers — Beauvais is currently the only Housewife that keeps in touch with her.

RHOBH is on hiatus until July 8, when new episodes will begin to air weekly once again.