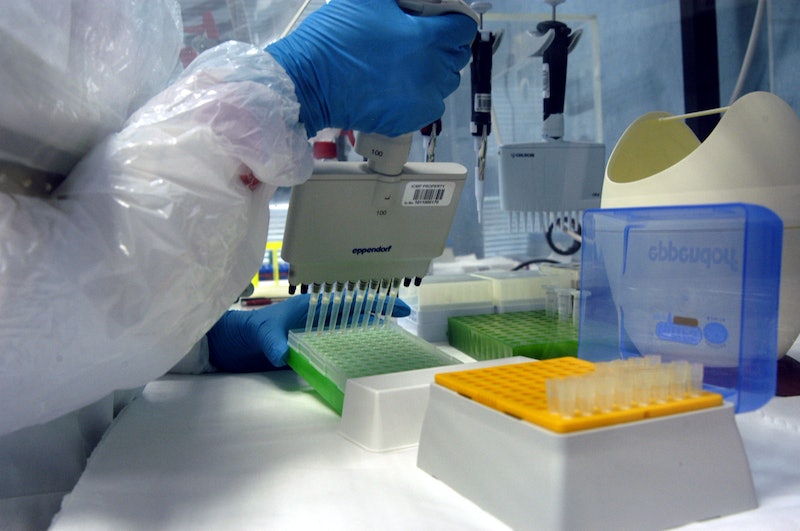 More and more people are using genetic testing kits to find long-lost relatives, build their family trees, or even discover whether they’ve inherited a medical condition. But now a new study published in Science has found that genetic testing can reveal the identities of around 60 percent of white Americans, Gizmodo reports. The researchers wanted to see how easy it would be to find someone’s identity based on the genetic information of distant or unknown relatives, says Gizmodo, and were able to trace someone’s identity with “relative ease” without using overly specific information.

“It’s not the distant future; it’s the near future,” Yaniv Erlich, the lead author of the study, told The New York Times. Erlich was formerly a genetic privacy researcher at Columbia University and is the chief science officer of MyHeritage, a genetic ancestry website.

The researchers looked at the DNA from more than 1.2 million people, says Gizmodo, but only from the genetic testing site MyHeritage. According to Gizmodo, the researchers were reportedly inspired to conduct the study by a recent criminal case that used the help of genealogy databases to identify Joseph James DeAngelo as the alleged Golden State Killer. That analysis also used only smaller genetic testing sites MyHeritage and GEDMatch due to “legal and logistical” reasons because larger sites like Ancestry and 23andMe cannot “be easily used to identify anyone other than customers who mail in saliva,” The New York Times reports.

Researchers admit there are pros and cons to their findings. “Of course, there’s some good news,” Erlich told Gizmodo. “If someone did something wrong out there, then [law enforcement] is going to be able to catch them. But down the road, as things continue to evolve, there could be people who use this for illegitimate reasons.”

Erlich told Gizmodo some of those illegitimate reasons could be scientists who try to identify research subjects for projects, or companies that might try to sell your information. There have also been concerns about genetic discrimination based on the results of this testing from health and life insurance companies, according to CNBC.

The Federal Trade Commission (FTC) recommends doing your research if you’re considering genetic testing. Although many of these companies offer similar services, says the FTC, their privacy practices might not be the same. The FTC recommends reading through each company’s privacy policies very carefully so you understand exactly how your information will be used and shared. You should also choose your online account options very carefully, says the FTC, to ensure you’re in control of your privacy — or as in control as you can be.

It’s hard to say with authority that anything in this world is truly private anymore, so just know your risks. Do your research, and decide for yourself if sending in your DNA is something you feel comfortable doing.