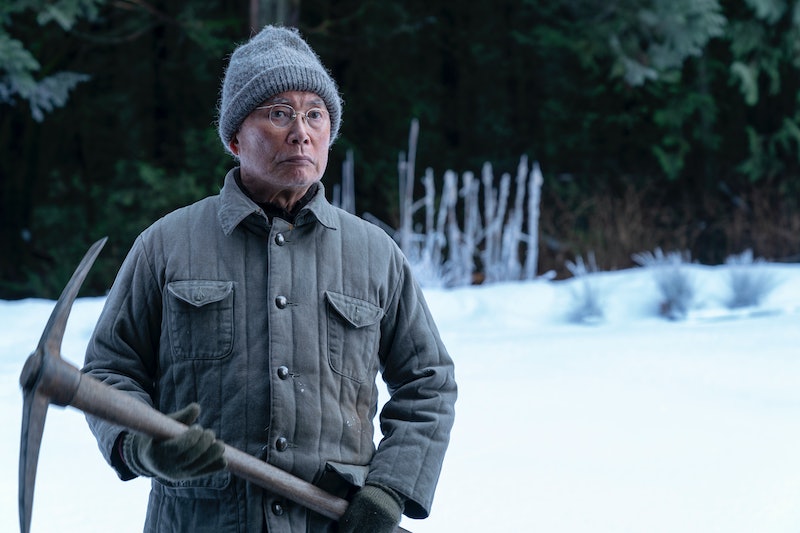 The second season of AMC's historical fiction series The Terror is Infamy, and examines a time in American history that is already plenty terrifying without the added threat of ghostly supernatural forces seeking justice. This season recreates the horrors of the Japanese internment camps in the lead up to and during World War II. The cast and crew all spent time researching the camps and time period for the show, but it's George Takei's The Terror: Infamy character that serves as the most moving tribute to the victims of the internment camps. And as a jarring reminder of one of America's most shameful time periods, with some supernatural activity thrown in for good measure.

Creator Alexander Woo said, according to Den Of Geek, "I'm deeply honored to be telling a story set in this extraordinary period. We hope to convey the abject terror of the historical experience in a way that feels modern and relevant to the present moment. And the prospect of doing so with a majority Asian and Asian-American cast is both thrilling and humbling.” Takei told Closer Weekly that the story is more than relevant today, given current events. He said that he hopes it “will remind people that prejudice still exists today. It’s our hope that enough Americans will try to keep this from recurring to make it a better, truer democracy.”

Takei, who was in an internment camp as a child, plays Yamato-san, an elder amongst the Japanese-American citizens being held in the Infamy internment camp. Yamato-san serves as a connection between the prisoners' new American setting and their Japanese heritage by sharing Kaidan, Japanese folktales about ghosts from the Edo period. Given some of the mysterious circumstances around prisoners' deaths in the camp, some of the prisoners start believing in Kaidan — because they're in one.

If Season 1 of The Terror was too scary for you, the Hollywood Reporter reports that Infamy "is less visceral in the fear it generates and its buildup through the six episodes sent to critics is less dramatic, going for a tone that's more folkloric than horror." Woo told TV Line at San Diego Comic Con, "Hopefully those feelings you get from watching your favorite scary movie — the sweaty palms, heart beating fast, whatever it is — help you feel what the people who were living through the internment really felt and hopefully build an empathy for them."

On February 19, 1942, Franklin D. Roosevelt signed Executive Order 9066, which ordered the relocation of Japanese Americans, which, at the time, included a 5-year old Takei. Takei told the New York Post about the experience, “For my parents, it was a degrading experience. For me as a 5-year-old, I thought it was fun to sleep where the horses sleep. So there’s a parallel story — a child experiencing new things and my parents having everything they’d worked for unjustly taken.” Takei has turned his own experience during World War II into art several times, through the graphic novel They Called Us Enemy and the Broadway musical Allegiance.

According to Variety, Takei took the show's writers to the Japanese American National Museum to see artifacts and photographs from internment camps. He also shared his own family's stories, including how they had to adjust to a life in poverty following the years they spent in the camps.

The experience of shooting the series in a re-created 1940's-era internment camp proved powerful for Takei, who told Closer Weekly, "When I saw the replica of the internment camp, I immediately recognized it ... the mess hall, the cacophony, the noise. It really took me back." As hard as that sounds, coming to work every day was worth it. Takei also told Closer that telling this story was the "completion" of his "life's mission." With its basis in history, and with Takei at the helm, fans are sure to enjoy the latest season of The Terror.