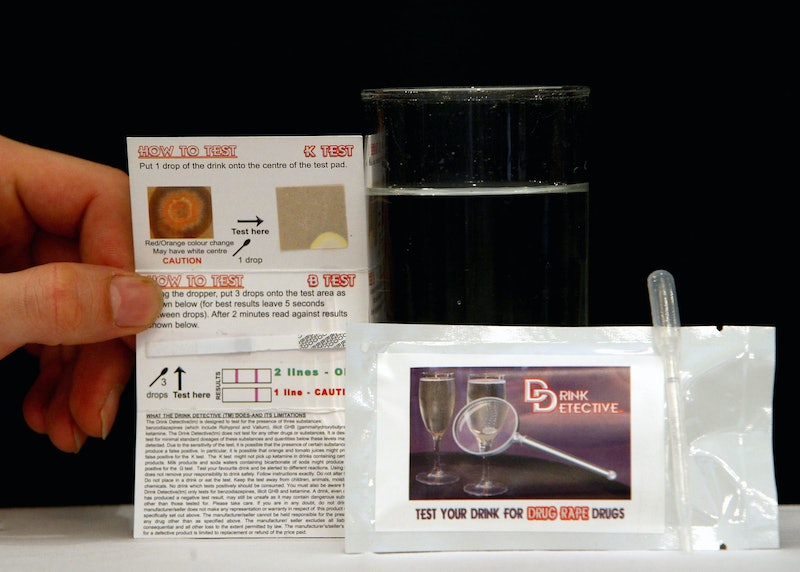 A Republican congressman said Wednesday that he supports testing backlogged rape kits — but not in sanctuary cities. At a town hall event, Rep. Buddy Carter of Georgia made was asked whether he supports allocating resources to testing the 10,341 rape kits in his state that are currently languishing in evidence labs. Carter said that he does, but only in cities that enforce federal immigration law.

When somebody reports a sexual assault, they can choose to undergo an invasive, four-to-six-hour medical test as a means of gathering evidence of their assault. That medical evidence is consolidated into something informally called a "rape kit," which is then tested for DNA evidence — at least, in theory. For a variety of reasons, these kits often gather dust in evidence rooms or crime labs, and while exact numbers are impossible to come by, there were an estimated 400,000 untested rape kits in the U.S. as of 2014, according to the Daily Beast.

At a town hall in Homerville, Carter was asked whether he, as a member of the House of Representatives, would support federal grants for cities to be used in testing rape kits. He responded that "there are grants available, and we’ll do everything we can to help.”

Then, laughing, he added: “Unless they’re a sanctuary city."

"Sanctuary city" isn't a formally-defined term, but it generally refers to a city that adopts lenient policies toward undocumented immigrants and doesn't prioritize their deportation or imprisonment. What this usually means is that law enforcement officials in a sanctuary city will enforce local or state immigration law, but refuse requests from Immigrations and Customs Enforcement (ICE) to detain suspects under federal immigration law.

When asked soon thereafter if he was serious that untested rape kits in sanctuary cities should remain untested, Carter replied that he was.

"Do you feel like that serves your constituents?," a constituent asked.

"Yes, it does, it does serve my constituents," Carter said. "Because if you're a sanctuary city, that means you are refusing to enforce our immigration laws in the United States, and if you're doing that, then I don't want to be sending you any federal grants to go to your city."

However, Carter did not explain how or why this policy would help his constituents. When a city becomes a "sanctuary city," that's because government officials in the city have decided to do so. Refusing to test rape kits does not punish those government officials, however; it punishes sexual assault victims who happen to live in sanctuary cities. Those victims might not even support sanctuary city policies, and yet in Carter's view, they should be denied the opportunity seek justice due to their zip codes.

To be entirely clear: Whether or not a city has backlogged rape kits has absolutely nothing to do with whether the city enforces federal immigration law. Carter is linking two completely unrelated policies here, and the only possible conclusion to draw from his position is that he cares more about enforcing federal immigration law than providing justice to sexual assault victims.

This was one of three town halls that Carter hosted on Friday, and it wasn't the only one that drew controversy. When asked at a forum in Brunswick about transgender service members, Carter replied that "I don't want 'em in our military." According to The Washington Post, he was subsequently booed by dozens of his constituents, and more than 10 walked out of the room.