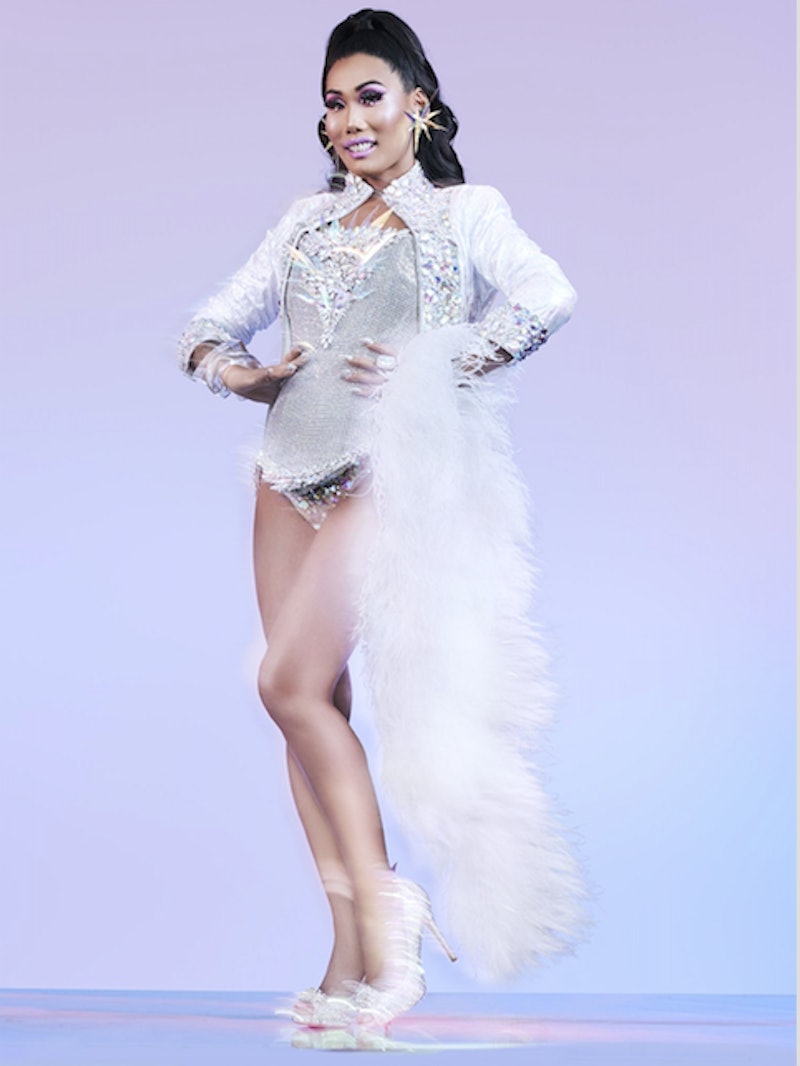 Spoilers ahead for RuPaul's Drag Race: All Stars Season 4 Episode 2. To paraphrase Trinity the Tuck, if stirring the pot were a talent, girl, Gia Gunn would win. But she and her mixing arm better be careful, because that pot is already dangerously close to boiling over. Gia is becoming the villain of All Stars, and to put it frankly, the other queens are not having it.

Gia's instigative ways probably don't come as surprise to longtime Drag Race fans, as she was notorious for participating in drama when she appeared on Season 6, and many of her sisters scoffed at her for being an "elitist queen." Unfortunately, she has chosen to bring that greater-than-thou attitude to All Stars, which many of her cast mates find incredibly distasteful, and well, shady. There's certainly a reason she was the last to be picked in the latest episode's team challenge.

But that shadiness seems to have become a staple in the Gia Gunn starter pack, if you will. And she's embracing it with full force, even though All Stars should be the place where queens hold a little more integrity in their actions and words. It's only for the best of the best, after all.

Not to mention, Gia chose to direct her bullying ways at the season's weakest link, Farrah Moan, by butting in while she prepared for her performance. Gia claimed she was attempting to resolve unfinished personal business between them, but it was obvious that she used it as a crutch to get into Farrah's head.

"If you go to prison, on the first day, you don't shank the weakest one," Manila said in her interview. "You have to shank the biggest guy to show your dominance. That just makes you look like a bully!"

But Farrah knew how to hold her own. "Some of us don't have to, you know, force storylines to get airtime," she clapped back, before her team leader, Monique Heart, came to her defense.

But Gia didn't stop there. When Farrah did end up in the bottom two after being "the whitest dancer" Michelle Visage had ever seen, Gia saw her opportunity to kick her while she was down. But she framed it as clearing her conscience.

"I'm feeling a little bit responsible for the way that things played out today," Gia said, regarding Farrah's low ranking. "And I just don't want that weighing on my shoulders." She then issued a disingenuous apology that only made everyone roll their eyes. Farrah's pink strands of hair vibrated with anger.

Once again, Trinity knew just how to respond. "I would've put Gia in the bottom," she said, watching the drama unfold. "Just for her attitude. Girl, it's time for her to go."

Although Gia wasn't in the bottom this week, she also hasn't stood out as a winner so far, either. So, in the words of Kendrick Lamar, she may want to be humble and sit down before all of the queens turn against her and send her, and her drama, sashaying all the way home.