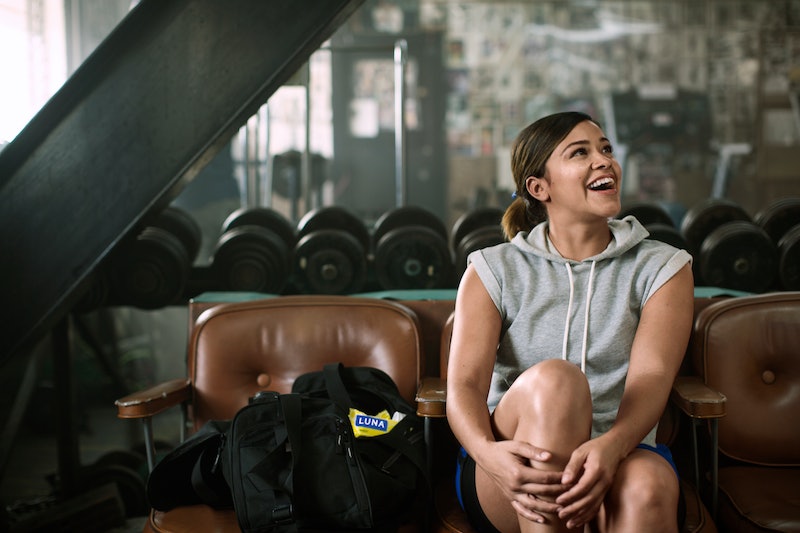 As a child, a role model can be one of the most important factors in shaping you into the person you will become. Although she's only three years older, for as long as I can remember, my sister has been my role model. As a kid, I wanted to mimic everything about her, from what she wore, to what movies and hobbies she liked. I wanted to hang out with the people she hung out with, and I wanted to tag along literally everywhere she went. While the two of us have grown up to become very different adults, I still admire her and strive to be half as organized, personable, and service-oriented as she.

Often in today’s digital world, young girls choose their roles models not just from within their families or communities, but from the celebrities they see on glossy magazine covers, or the characters that they play on television. The only problem with this is, sometimes the lack of representation can be limiting. If a child doesn’t see any actors that look like them gaining fame and attention, it can be hard for them to imagine seeking, or striving for, a similar status.

Fortunately, actor Gina Rodriguez wants every young girl to be able to see a reflection of themselves on television, at the movie theater, or offscreen as the CEO of a company. We partnered with LUNA Bar to discuss how strong female role models have shaped the woman Rodriguez is today, and how we can continue to defy limitations set for women, everywhere.

On Her Personal Role Models

Yet, her parents and the women in her life — specifically, her two older sisters — made sure that she saw past these limitations, and went on to defy them.

“I have two older sisters, one is the CEO of a private equity firm, and the other is a doctor,” Rodriguez says. “[My parents] always gave us the notion that we are not limited by the life that we were born into. By having older sisters that went after their dreams, and to see that they weren’t stopped by having to get federal loans or student loans… just to think that I had these women that were doing the impossible made me believe that there was no way for somebody to tell me that I wasn’t able to do what I wanted.”

On The Importance Of Role Models

Rodriguez wants young girls to be able to see reflections of themselves when they look into a TV screen, or go to the movies, or see billboards and magazines.

“I want young girls to know that they don’t need to be anything but themselves in order to the be the CEO of a company, or the lead of a TV show, or to be in front of, or behind the camera,” she says. “The more we create those role models, and the more we put them out there, the more [young women] are going to be able to understand they are just as capable of accomplishing their goals as anyone else is.”

How She Plans To Continue To Defy Limitations

As a Latina girl growing up in Chicago, Rodriguez can remember walking into a room and being instantly pegged as less than because of her skin color and gender. To fight back against these obstacles in the media, Rodriguez strives to play strong female characters. Rather than play a woman who needs rescuing from a prince, she aspires to play strong, independent female heroines that rescues themselves, and others.

More like this
Wimbledon Alters All-White Kit Rule Amid Candid Period Discussions
By Catharina Cheung and Rachel Mantock
Lily Collins Has Pretty Strong Opinions About Being A ‘Nepo Baby’
By Darshita Goyal
Amanda Gorman Shared A Powerful Message On Meghan Markle’s Penultimate Podcast
By Darshita Goyal
The 'Love, Lizzo' Harry Styles Scene Is Just 1 Moment That Made Fans Feel Seen
By Brad Witter
Get Even More From Bustle — Sign Up For The Newsletter