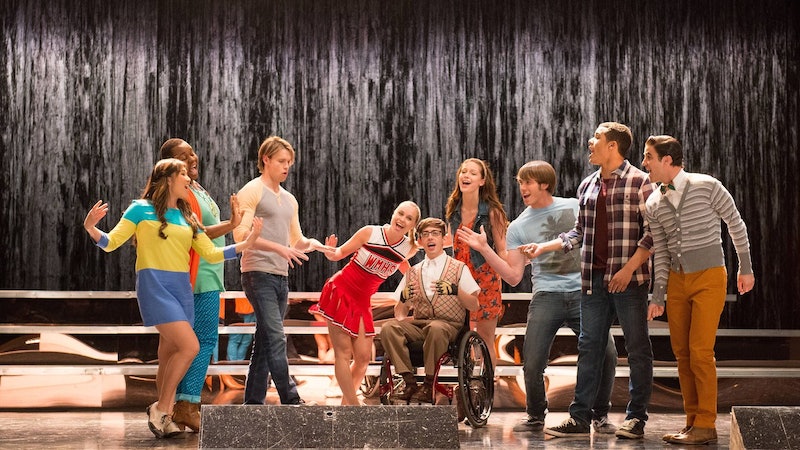 La la la la laaaaaa. OK we are warmed up, HIT IT! Yes guys, it's musical time. For most people musicals are a little hard to digest but at the same time you are secretly obsessed with them. Catchy tunes and even catchier choruses — musicals were created to make you think that life is all about bursting into song. Thankfully that's not real life because, well... awkward. Over the years, the all-singing all-dancing productions have migrated from stage to film and eventually to TV. Like Glee. So listen up Gleeks, because Glee is coming to Netflix in June.

So, the news went live via Netflix Twitter account. This isn't quite the same level of drop the mic as when they anticipated New Years Day hangovers and dropped all of Friends on there in December 2018, but you know what, all six seasons of one of the catchiest and most marathon-able shows ever is pretty lit. If even just for your style crush on Sue Sylvester. And also actual crush on Sue Sylvester. Is that just me? Meh, sue me. (Get it?)

The show had its final episode ever back in 2015, leaving many fans devastated. Yes, Glee bowed out gracefully at season six.

This show presented a whole new vision of the American-as-apple-pie glee club. Glee clubs are choirs that sing in close harmony and usually without accompaniment, which explains why you heard all the "laaa laa laaa"s from the cast (and the occasional beat boxing.) However, Glee was also super groundbreaking in terms of the characters shown. Most notably, having multiple queer characters.

Lots of young queer people were able to see LGBTQIA+ characters on Glee who actually led very happy lives, despite initial struggles. Which was a massive lifeline for many who thought they were alone.

Since the show ended, there have been a lot of ups and downs and even tragedies among the cast. Despite this, many of the stars have gone on to do amazing things.

To mentioned just a few: Matthew Morrison (Will) became a judge on UK dance show The Greatest Dancer, which showed the best of UK talent. Lea Michele (Rachel) went on to release albums, star in shows on TV and stage, and most recently got to make a show with Ellen. It's called Well, Well, Well, With Lea Michelle and is all about mental health and wellness. Darren Criss (Blaine) starred in American Crime Story: The Assassination of Gianni Versace as Andrew Cunann.

The best character from the whole show IMO was Mercedes, played by the incredible Amber Riley. Riley has had huge success on the West End and Broadway and has starred in the film Nobody's Fool opposite Tiffany Haddish and Whoopi Goldberg. I mean, that cast alone says it all.

Whose your favourite character? Even if you don't know, you can find out when you marathon the whole show in the first week of June.

More like this
Rupert Grint Just Shared A *Major* Update About Ron Weasley’s Future
By El Hunt
The Banned 'Friends' Ad Shows Monica As You’ve Never Seen Her Before
By Sam Ramsden
'Abbott Elementary' Fans Probably Missed This 'Parent Trap' Easter Egg
By Sam Ramsden
Twitter Is Having A Field Day Over Mr Blobby’s Costume Selling For £62k
By Catharina Cheung
Get The Very Best Of Bustle/UK
Sign up for Bustle UK's twice-weekly newsletter, featuring the latest must-watch TV, moving personal stories, and expert advice on the hottest viral buys.