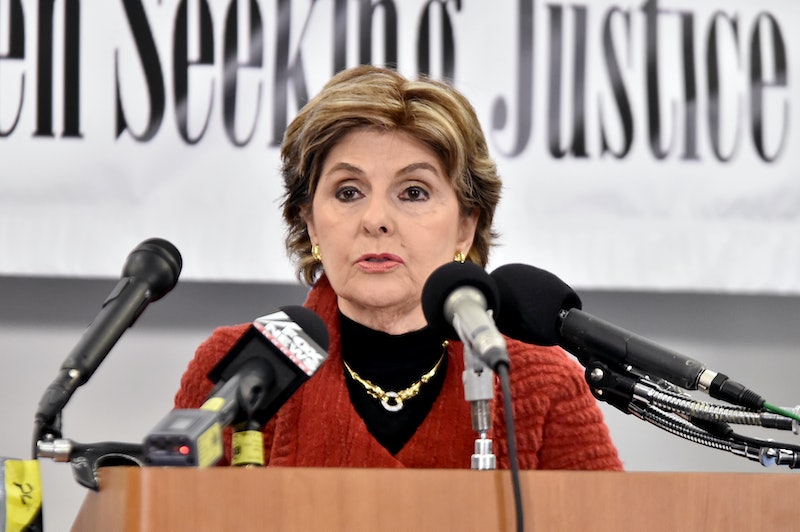 A judge declared a mistrial in the Bill Cosby sexual assault case on Saturday, but the attorney for 33 of Cosby's accusers, Gloria Allred, believes "it's too early to celebrate." Speaking to the press, Allred urged prosecutors to move forward with the case and argued in favor of more witnesses being given the opportunity to testify in future proceedings

We can never underestimate the blinding power of celebrity. But justice will come. I hope that the prosecution will try this case again and that the next time the court will permit more prior bad act witnesses to testify, as the prosecution had requested for this trial. For the trial that just ended, the court only allowed one such prior bad act witness to testify, and that was my client Kelly Johnson. Rather than the 13 such witnesses which the prosecution wanted to call. If the court allows more accusers to testify next time, it might make a difference. In other words, it's too early to celebrate, Mr. Cosby.

Andrew Wyatt, Cosby's spokesman, took time to directly criticize Allred after the judge's decision. "For all those attorneys who conspired — like Gloria Allred — tell them to go back to law school and take another class," he said.

Allred has established a name for herself as one of the most high-profile women's rights lawyers in the country, and Cosby is far from being the first big name she's battled in the courtroom — Roman Polanski, Tiger Woods, and Charlie Sheen are just a few others. According to her website, her law firm handles "more women's rights cases than any other private firm in the nation and has won hundreds of millions of dollars for victims."

Representing more than half of Cosby's known accusers, she has positioned herself as one of his leading opponents. “I always say Mr. Cosby and I have a lot in common,” Allred told Billy Penn. “I went to the Philadelphia High School for Girls. He went to Central High School. Then he went on to Temple. I graduated from the University of Pennsylvania. The big difference is he’s been charged with three felonies.”

In addition to Allred, several of the women who have made sexual assault allegations against Cosby responded to the news of Saturday's mistrial. "Those of us who came forward to speak our collective truth about what he did to us owe a debt of gratitude to Andrea Constand for her leadership and courage in demanding justice," said Cindra Ladd, one of the accusers. "Despite the disappointing outcome of this case, I take comfort knowing that Bill Cosby's life is now, and forever will be, a living hell."

District Attorney Kevin Steele stated that he would retry the case at a news conference on Saturday, arguing that Constand is "entitled to a verdict in this case."