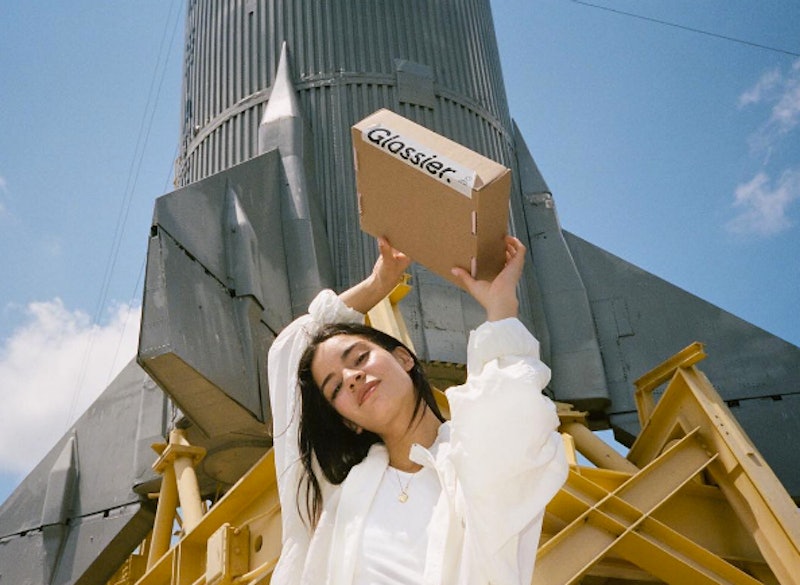 Get your wallets ready, my friends. According to their blog and social media posts, Glossier is now offering international shipping. Don't get too excited though. There are a few exceptions to this glorious announcement. This might be big news, but the brand is off to a slow start. All for good reasons, of course. Here's everything you need to know about the new change, so you can be ready to shop when the time comes.

The moment you've all been waiting for is finally here. Although it's no secret that Glossier has been working hard to get the brand to even more countries, it's finally becoming a reality. The brand posted a teaser photo and a full blog post explaining all about the new shipping. Basically, they're starting out slow, but they have big plans.

According to the blog post, Glossier will come to Canada first — with the exception of Québec, which will need its own website. After that, the plans are to take the brand to UK later in the year. In 2018, France will also get its very own Glossier as well. Don't think that their plans are stopping there though. They asked their fans to leave recommendations for even more places that they'd like to buy Glossier products internationally as well.

There are some exceptions to where they will ship though. The brand is sticking to their cruelty-free ways, and, according to their blog post, they won't ship anywhere that compromises that.

"One note: As a cruelty-free brand, we won’t be able to ship anywhere that requires product testing on animals," it says in the post. "That’s just part of our philosophy."

As of right now, there's no word on how much international shipping will cost. Bustle reached out for comment. Either way, this is pretty exciting news. Who knows where Glossier could go next. I'm not the only one who's excited, either. Twitter is beyond thrilled to hear the news.

Actual footage of the hoarding.

People are so excited that they can't even type.

If you wish hard enough, dreams do come true.

Giving lives meaning on pink bag at a time.

There's no bringing us down today!

I hope Glossier is ready for all this business.