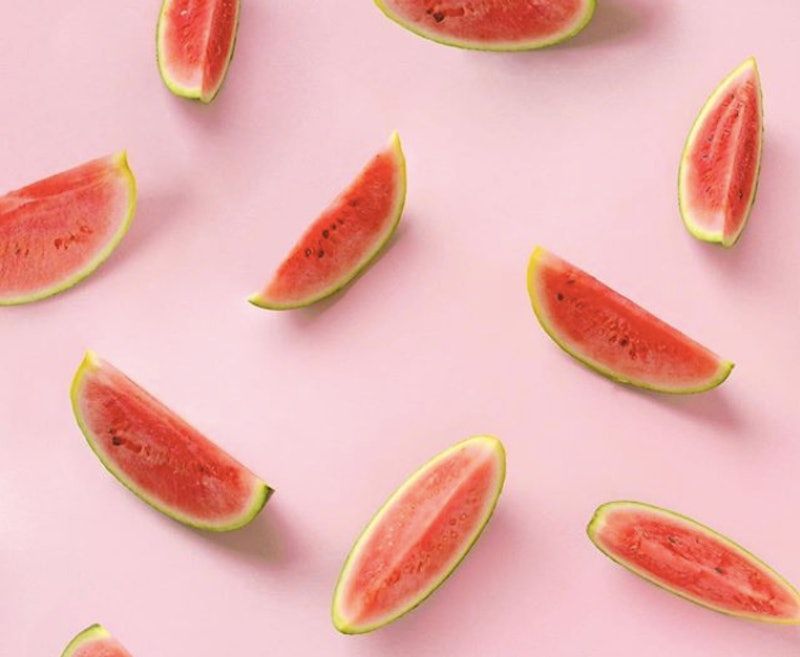 In late spring 2017, I attended a launch event for the Glow Recipe Watermelon Glow Sleeping Mask, a unique overnight jelly formula that's packed with hyaluronic acid and AHA. Glow Recipe co-founders Sarah Lee and Christine Chang were excited about the product then, but couldn't have predicted the response once it hit the market: Soon after the launch, the mask was on a 20,000 person waitlist. By the end of the year, Chang says that Sephora reported the Glow Recipe Watermelon Glow Sleeping Mask as their best-selling mask for the entire year — and keep in mind, it was only on the market for six months.

"90 percent of this silky moisturizer is derived from antioxidant-packed watermelon to flood skin with weightless hydration and instant radiance," the Glow Recipe website reads. "The oil-free formula won’t clog pores, making it the perfect go-to for oily to combination skin."

The consistency and sensorial experience of the formula are a huge part what Chang and Lee focused on while the moisturizer was in development — after all, so much about enjoying K-beauty is about the moment itself; the time one sets aside to indulge in skin care. In addition to the lush textural quality of the product, it's also packed with tons of natural ingredients.

"Spiked with vitamin- and amino acid-rich watermelon extract, plumping hyaluronic acid, and soothing botanicals like peony and jasmine extracts, this cooling gel-emulsion absorbs instantly to seal in hydration and prep skin for the day ahead," Glow Recipe says. "Antioxidants guard against free radicals and repair damaged cells along the way. Used morning and night, it drenches skin in luscious, long-lasting moisture."

The scent of the product is identical to the Watermelon Glow Sleeping Mask, and there is truly no other way to describe it than ah-effing-mazing. The watermelon scent is fresh and sweet without being treacly and overwhelming, and the formula doesn't leave behind any sticky residue at all.

I haven't yet incorporated it into my routine, but I did get the change to test the product on my hand. The winter has left my hands in a state of complete disrepair, and though I try to restrain myself from being too hyperbolic about the efficacy of beauty products, I have to say that this moisturizer literally transformed the skin on my hand before my very eyes. The plumping power that Watermelon Glow Pink Juice has can simply not be slept on.

Additionally, the formula is truly perfect for those with combination skin: The oil-free formula means it's workable with those who have a hard time controlling the sebum their skin produces, but the dry-down of the product makes it ideal for layering with heavier moisturizers you have dry skin.

The Glow Recipe Watermelon Glow Pink Juice Moisturizer sold out in pre-sale on the Glow Recipe website on Jan. 18, but will be available at Sephora.com on Jan. 30.