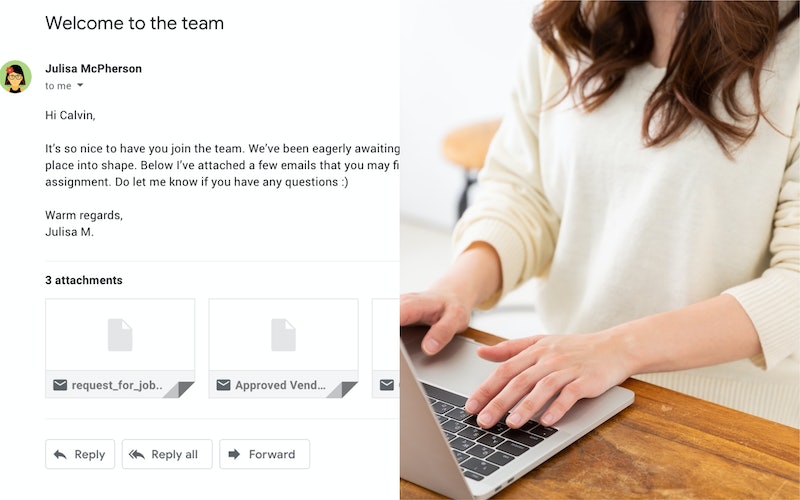 Here's some great news for anyone who uses Gmail all the time: Google has just introduced three new features for the platform, and each of them will make Gmail even easier to use when composing your emails. The new editing features on Gmail aren't going to affect your day-to-day use in a way that you'll notice immediately (which is probably a good thing), but they'll still be really helpful for anyone who feels they need to use them.

The first new feature is an undo/redo button that can be used when you're writing out an email. If you need to undo something, like if you accidentally delete an entire carefully created sentence, you can do so with the button. You'll also have the option to redo something as well. The shortcuts will be added to the bottom left of the formatting menu located at the bottom of the Gmail compose window when you're writing a new draft. The button for undo/redo shows curved backward and forward arrows, which are pretty self-explanatory. It's just a faster, more convenient way to fix any mistakes you make while composing an email, which is always a welcome change.

The second feature is a strikethrough button that does exactly what it sounds like: it allows you to put a line through text. The strikethrough button can be found on the righthand side of the formatting menu located at the bottom of the Gmail compose window, and looks like the letter "S" with a line through it." On their G Suite blog, Google explained that it decided to add the button because, "We’ve heard from you that this functionality is critical to quickly and efficiently write emails, especially when you want to visually indicate a change in language."

The last new feature is more about downloading than editing. Gmail users will now have the option to download emails as .EML files from the web. On the G Suite blog, Google explains, "This format is recognized by other email clients, allowing you to view the Gmail content along with attachments within these clients. In addition, with this functionality users can now add these downloaded messages as attachments in their emails."

It's just as easy to use this feature: users can find the .EML option by clicking the three-dot menu, then clicking "download message."

Just think of all the strikethrough words you can now add to your emails! It's pretty exciting.

This isn't the only feature Google has added to Gmail recently — in September 2018, the company announced that it would be making the Smart Replies feature optional for users in the near future. Smart Replies were introduced for desktop users during their big redesign in the spring of 2018, and it basically allows you to choose a reply option presented to you instead of typing a response (so, if you get an email saying, "Can we make an appointment soon?" Gmail will give you the option of replying things like, "Sure, when?" or "Let me look at my calendar"). A lot of people weren't thrilled with Smart Reply, so Google announced it would be making the feature optional.

Google also recently announced that it will be moving users away from their classic Hangouts to the Hangout Chat & Meet application, which is basically its version of Slack. The company revealed that changes will begin in the spring of 2019, and that it will begin retiring Hangouts in October 2019. So if you use Hangouts, get ready for some changes!