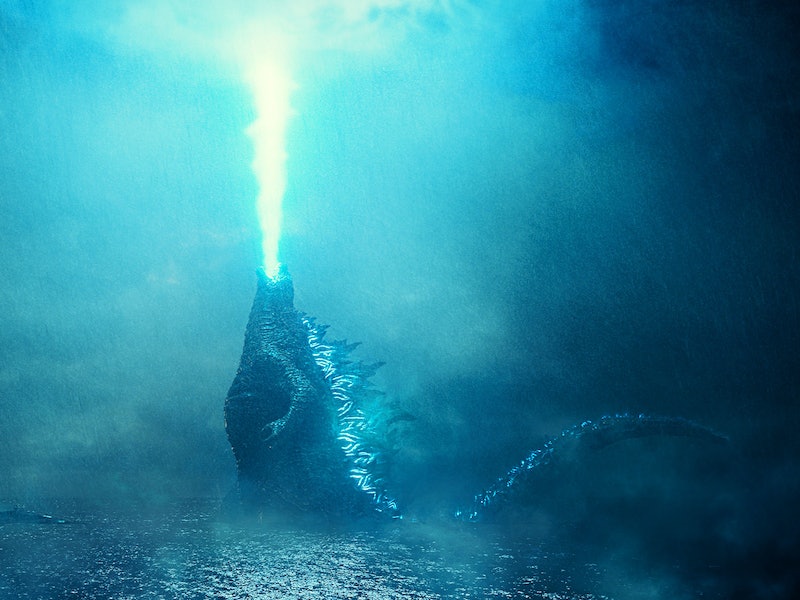 With the Japanese word translating to "strange beast," kaijū films feature oversized monsters causing massive destruction battling it out as humanity stands by, mostly helpless. And the best-known "strange beast" of them all is Godzilla, born of Japan's atomic horrors and morphed over the decades from menace to protector. The latest film following Big G comes out May 31, but is Godzilla: King of the Monsters a sequel? Not only is it a sequel, it's a stepping stone to push Japan's iconic characters into a Hollywood-style "extended universe".

The irony of its title is that Godzilla: King of the Monsters! was the name slapped on the 1956 American re-edit of the original Godzilla (1954), which inserted American actor Raymond Burr as star and cut the anti-nuclear message. The upcoming Godzilla: King of the Monsters, meanwhile, is a direct sequel to Legendary Entertainment's 2014 release Godzilla, a re-re-reboot of the monster's first contact with humanity, and the second Hollywood attempt to put its own stamp on Japan's #1 monster since the 1998 Godzilla, which is regarded as a flop. In Legendary's revamping of the long and storied franchise, kaijū are now called MUTOs — Massive Unidentified Terrestrial Organisms — and are monitored by a secret agency known as MONARCH. They're also, according to a 2017 Warner Bros. press release, all a part of the "cinematic MonsterVerse: an epic action adventure that pits Godzilla against some of the most popular monsters in pop culture history."

Those who caught 2017's Kong: Skull Island, a.k.a. Ape-pocalypse Now (Kong's poster even matched the 1979 war drama's) will remember that a post-credit "reveal" introduced Monarch and a number of creatures well-known to those familiar with Japanese film company Toho's over 35 Godzilla films: Rodan, Mothra, Godzilla, and even King Ghidora, a three-headed golden beast. All are in the trailer for King of all Monsters, which itself is a prequel to planned 2020 sequel Godzilla vs. King Kong.

But let's take a step back to 2016. Japan had suffered the 2011 Fukishima Daiichi Accident in which nuclear reactors melted down and infiltrated the ocean and water supply. The creator of wildly popular series Neon Genesis Evangelion and a legendary SFX wizard and anime artist teamed up to direct the film Shin Godzilla, a direct response to the Japanese government's reaction to the disasters, featuring a cast filled with legendary Japanese directors in minor roles and a creepy new Godzilla evolution, from cute and wildly destructive baby blob to giant nuclear murder machine. It became the highest-grossing Japanese-produced Godzilla film, and of course a sequel was planned...until, as Screen Rant reports, it was cancelled.

Toho, the parent company behind all the Godzilla films since the beginning, decided to prioritize the Hollywood sequel in the MonsterVerse over a more experimental, Japanese sequel. The American notion of tentpole "multiverse" films entangling properties was a direct influence. According to a translated interview with Toho's Chief Godzilla Officer (yes Godzilla's that big a deal...pun intended) Keiji Ota, via Godzilla Movies News, "The future of the series and its forwarding developments are very conscious of the method of 'shared universe.' Godzilla, Mothra, King Ghidorah, etc. could all share a single world view much like a Marvel movie where Iron Man and the Hulk can crossover with each other. It is said that each movie can be a possible film production where any one of them could lead a film of their own as the titular character." Despite creating their own universe so enduring that 2014's Guinness Book of World Records inducted Godzilla as the longest continuously running film franchise (60+ years and counting), Toho was evidently swayed, as so many were (remember Universal's Dark Universe?) by the lure of multibillion dollar box office takes.

So, we get Godzilla: King of the Monsters instead of Shin Godzilla 2. We'll still get to see giant creatures duke it out on the big screen, and King of the Monsters being one part of a larger picture ensures there'll be more monsters to come, which is always great. Unfortunately, some may be disappointed that it comes at the cost of Godzilla standing tall as actual King of his own movies.

More like this
One Powerful Quote In 'Doctor Strange 2' Is Going Viral On Twitter
By Alyssa Lapid
Who Are The 6 Illuminati Heroes in 'Doctor Strange 2'?
By Grace Wehniainen
You Can Thank 'Spider-Man' For The Meme-ification Of Movies
By Dana Schwartz
Laura Dern Said “Cultural Awareness” Made Her Rethink This 'Jurassic Park' Fact
By Grace Wehniainen
Get Even More From Bustle — Sign Up For The Newsletter