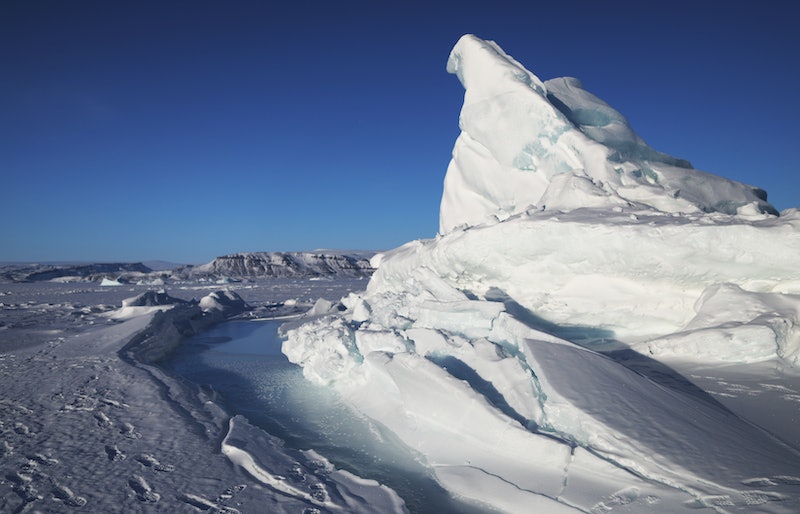 The Trump Administration has made some pretty concerning statements in the past that question the scientific validity of climate change, and last week, one GOP Congressman took things a step further by stating that divine intervention is the only thing that can solve the problem. At a town hall on Friday, Tim Walberg, a GOP representative, said God will fix climate change, if it even exists, so there's no need for us mere mortals to even attempt to address the issue.

To be fair, this is at least an acknowledgement that climate change is a very real phenomenon caused by human activity, a fact that has long been agreed upon by the scientific community. But unfortunately, his statement doesn't end there:

Can man change the entire universe? No. Why do I believe that? Well, as a Christian, I believe that there is a creator in God who is much bigger than us. And I’m confident that, if there’s a real problem, he can take care of it.

This is a pretty troubling statement to hear from a politician whose literal job it is to work toward proposing solutions to the nation's most complex issues, especially those that are "much bigger than us." By Walberg's logic, that means we shouldn't try to craft a health care system that ensures medical coverage, or create jobs for people who need an income to support their families, or even support educational institutions for children because, in the end, he thinks God will take care of everything on his own.

There is absolutely nothing wrong with believing that a higher power is watching over us and ensuring our protection; but there is something inherently flawed, and even dangerous, about a politician using these beliefs as an excuse for inaction on a natural phenomenon that has the potential to devastate our planet.

If Trump does decide to withdraw, the United States will be one of just three countries that refuses to cooperate with the agreement, sending a strong message to international allies that the country is not committed to combating climate change.