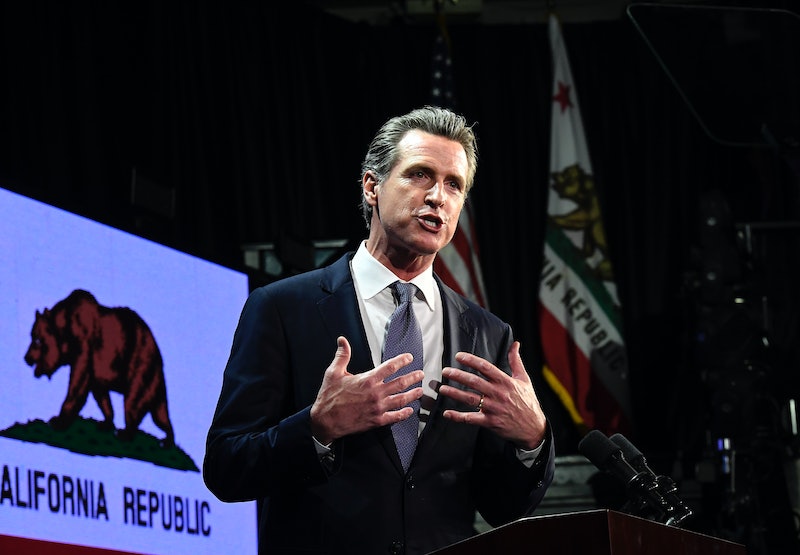 In a solemn speech on Tuesday, Democratic Governor Gavin Newsom apologized to California's Native Americans for state-sanctioned "genocide," The San Francisco Chronicle reported. The governor introduced an executive order that criticized California's treatment of Native Americans in the past as "fraught with violence, exploitation, dispossession and the attempted destruction of tribal communities," according to the official text of the order.

On Tuesday, the Democrat condemned California state law in the 1850s, which led to the forced displacement, slavery, and deaths of scores of Native Americans. "It’s called a genocide. That’s what it was: a genocide. No other way to describe it. And that’s the way it needs to be described in the history books," Newsom stated in the company of tribal leaders at the West Sacramento site for the upcoming California Indian Heritage Center. "So I am here to say the following: I’m sorry on behalf of the state of California," he said.

The governor added, "I’m sorry that we’ve had generations — your kids and grandkids, your ancestors — that had to suffer through the indignities, their lives lost, their lives diminished."

The official text of Newsom's order also calls for creating a Truth and Healing Council, which would work on documenting the history of Native Americans in California. A formal report from the council will be issued in January 2025, per The San Francisco Chronicle. To make the process inclusive, the order noted the council would be "led and convened by the governor's tribal advisor and shall include representatives or delegates from California Native American tribes" as well as state agencies and non-governmental stakeholders.

The executive order furthermore condemned what California's first Gov. Peter Burnett said about Native Americans decades ago. In 1851, as The Washington Post noted, Burnett announced to the California legislature that "a war of extermination will continue to be waged between the two races until the Indian race becomes extinct must be expected."

In 1850, according to PBS, the state government of California passed a law that uprooted Native American tribes from their homes and also separated indigenous children from their families. As Reuters reported on Wednesday, historian Benjamin Madley, from the University of California, wrote a book that shed some light on that dark history. It's titled An American Genocide: The United States and The California Indian Catastrophe, 1846-1873.

According to Madley's research, nearly 16,000 indigenous Americans were killed in California between 1846 to 1873. State-sanctioned displacement and malnutrition were the primary reasons for the staggering death toll, Madley wrote.

On Tuesday, tribal elders were also present alongside Newsom as he apologized to the indigenous Americans of California. Moke Simon, the chairman of the Middletown Rancheria of Pomo Indians in Lake County, California, said that Native Americans carried intergenerational trauma because of such state-sanctioned genocide, according to The San Francisco Chronicle. "Each one of every generation that I’ve grown up with carries that trauma," Simon said.

"More than often, you hear at the county courthouse and other things, 'Oh, when the Indians were here,'" Simon said. "Well, we’re still here."