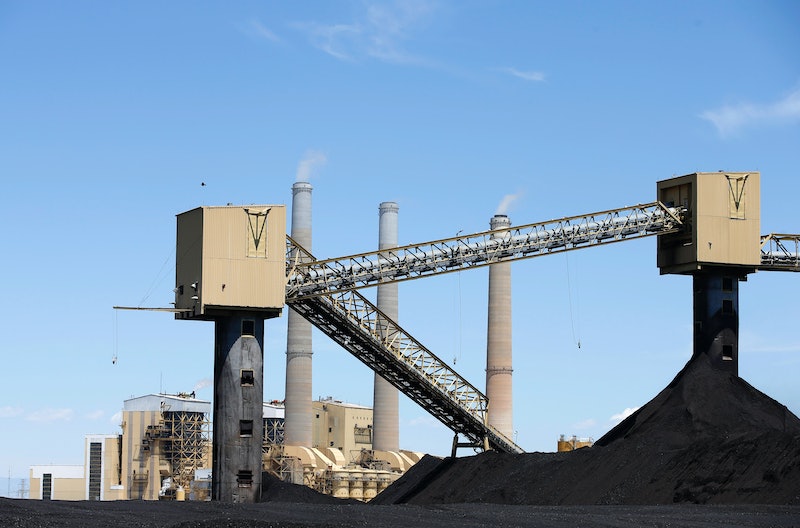 The global climate is changing in a way that endangers life on Earth, which is largely due to human actions sending greenhouse gases into the atmosphere. There isn't any real debate about this in the scientific community, and most countries are on board with trying to reduce emissions of the gases responsible for changing the climate. In 2018, however, greenhouse gas emissions rose in the U.S. — and the Trump administration was a major driver behind that change.

Specifically, U.S. greenhouse gas emissions rose by 3.4 percent in 2018, according to a preliminary study by the independent research firm Rhodium Group. According to the estimate, it's the second largest increase in the last 20 years. The study comes just months after the release of a report on the dangers of allowing the climate to rise even 1.5 Celsius degrees above its pre-industrial level, when 2 Celsius degrees was previously seen as the danger point.

The Rhodium group outlined numerous reasons why the emissions increase occurred, and it pointed to the booming economy as a particularly significant one. However, as The Washington Post reports, experts claim the rise would not have been as big if it weren't for the Trump administration's efforts to erase emissions regulation and ignore warnings about climate change.

The Trump administration has taken numerous actions aimed at either rolling back Obama-era regulations or pushing forward in directions that negatively impact the climate, as Pacific Standard outlined. At least one of these efforts came into effect in 2018. In September, the Bureau of Land Management announced that oil and gas companies could more freely release methane gas on public property, because it was removing an Obama-era guideline limiting that. Methane has a powerful warming effect, and it resulted in 10 percent of American greenhouse gas emissions in 2016, according to the EPA.

The Trump administration also proposed moving away from fuel-economy standards that Obama put in place, as NPR reported in August. The same month also saw the administration announce the replacement of Obama's Clean Power Plan with a plan that allowed for a lot more coal-fired energy, according to NPR.

To be clear, the latter two proposals haven't gone into effect yet, so this new data doesn't reflect them. However, the administration has repeatedly shown its disinterest in limiting greenhouse gas emissions, even going so far as to brush aside its own governmental research warning of climate change's dire consequences, as Vox reported in November. With the country's leadership going this direction, it's clear the country won't meet the standards set by the Paris Agreement, as The New York Times noted. The administration's choices inevitably sets the direction for the whole country. As one Rhodium Group partner told The Washington Post, the stark emissions rise likely wouldn't have been possible without the Trump administration's regulation rollbacks.

There are other factors at work besides the Trump administration, of course. For example, natural gas and renewable energy sources are replacing coal in the United States, as Forbes wrote, despite the administration's attempts to revive the coal industry. However, the White House ignoring the issue will only cause the problem to worsen.