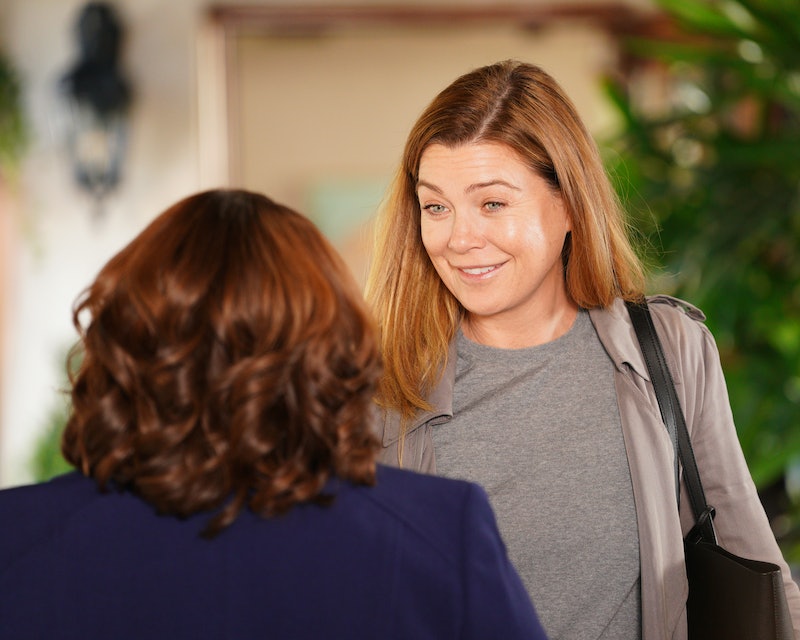 There's a huge change happening in ABC's Thursday night lineup. When Grey's Anatomy Season 16 returns, it's airing in a completely new time slot, according to TV Line. Since Season 11, Grey's has aired at 8 p.m. ET. Now, on Jan. 23, 2020, it's moving over to its original 9 p.m. ET slot to air weekly after Station 19. The move was a deliberate one to help further integrate the two Shondaland shows and also give Grey's some sexier storylines.

"There are different rules for a 9 p.m. show than there are for an 8 p.m. show, and we hope to take advantage of those rules," Grey's and Station 19 showrunner Krista Vernoff told Deadline. "Grey's was definitely allowed to be a sexier show when it was on at 9. So we are excited by the change back to our original time slot."

She added that airing Grey's after Station 19 allows patients rescued on one show to be treated on the next. "Ever since Station 19 premiered, in the writers room we always thought the better progression was from firefighters to the hospital," Vernoff said. "I didn't think it was going to happen, but I was thrilled ABC had made the decision. I literally cheered when they let me know that. It's really exciting and opens up the storytelling."

The first episode back for both shows will be on Jan. 23, and viewers will want to tune in to Station 19 to get answers about the fall finale cliffhangers. According to TV Line, the winter premiere is set to be a two-hour crossover between both shows, beginning with Station 19.

"It felt very organic to launch the premiere of Station 19 off this incident that happens on Grey's Anatomy," Vernoff said to Deadline. She added:

Entertainment Weekly said that the Nov. 21 fall finale of Grey's is comparable to some of the other iconic (yet tragic) finales involving bombs in bodies, plane crashes, and ferry boat disasters. It also sounds like it will end with a major cliffhanger.

Vernoff told Deadline that the two shows won't cross over every week, though, just when it makes sense to combine storylines. After all, she doesn't want viewers to expect the expected. "We don't want to create a mold, we don't want to fall into any kind of pattern," she said. "We have found many different, really quite exciting and fun ways to interact between the two shows." And it all starts Jan. 23 with Station 19 at 8 p.m. ET and Grey's an hour later. Buckle up.