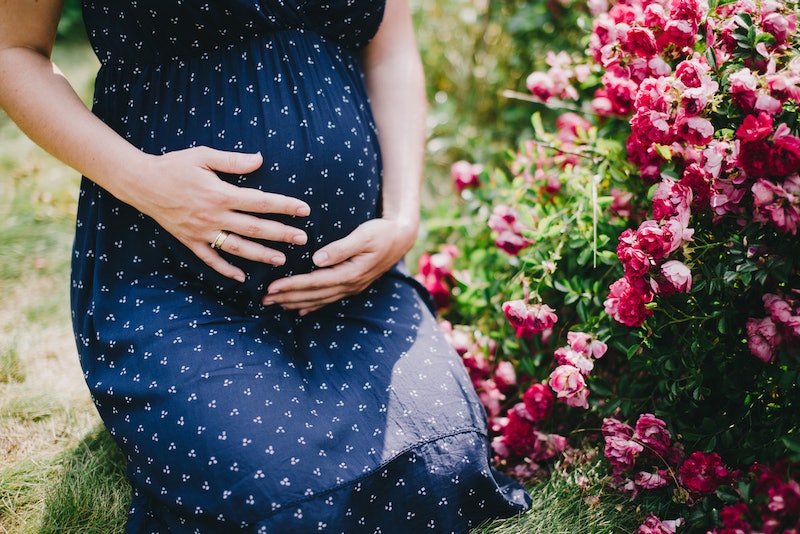 Last week, as part of a test for another issue entirely, I found out that I have a condition called Group B Strep, or Streptococcus agalactiae. It's pretty common — the National Health Service estimates that it's carried by around 20 to 25 percent of the population, usually in the intestines or the reproductive tract. Men and women can carry Group B strep for years without knowing it, as it's often asymptomatic. But if you plan to become pregnant, it's something you should be tested for: it carries the risk of causing complications in pregnancy, or even being passed to an infant during delivery.

Group B strep isn't a sexually transmitted disease. We all have different kinds of strep in our bodies, mostly as part of our gut microbiome, which is the technical term for the combination of bacteria, fungi and other tiny creatures that live healthily in our digestive system. Group B strep can live in the biomes of people of all genders for years, and if you test positive for it, it shouldn't really cause you any issues, though it can occasionally trigger urinary tract infections, according to the Journal of Clinical and Diagnostic Research.

In pregnant people, though, the presence of Group B strep is something that should probably be flagged. While many people may carry GBS during their pregnancies without any issues, others can have complications.

"In some pregnant women, GBS infection may cause chorioamnionitis (infection of the amniotic fluid, membranes, decidua, and placental tissues) and postpartum (after birth) infection, called endometritis," explains the Stanford Children's Health Center. "Urinary tract infections caused by GBS can lead to preterm labor and birth." The National Institute of Health adds that "maternal fever during labor (greater than 100.4 F or 36 C), and prolonged rupture of membranes (greater than 18 hours)" are also possible signals that you might have GBS.

For pregnant people, it's the potential impact of GBS on their newborns that presents the most concern. The Mayo Clinic explains that "most babies born to women carrying group B strep are healthy. But the few who are infected by group B strep during labor can become critically ill." The problem is that the bacteria can be transmitted to the baby as it's being born; the National Institute of Health estimates that 1 to 2 percent of infants born to people who have GBS will develop a GBS-related infection.

Group B Strep International notes that there are two ways in which GBS can be transmitted to a baby: early-onset and late-onset. Early-onset includes the period before birth, where group B strep can cause the potential for miscarriages and stillbirths, though this is classified as "extremely rare" by the National Health Service. More commonly, though, early-onset GBS in babies can be contracted during labor and shows symptoms in the first week of life. The American College of Gynecologists says that the most common GBS-related issues for newborns are "lung infections, blood infections and meningitis," while late-onset GBS (contracted after that first week) often shows up in the form of meningitis or pneumonia. While most infants will recover fully, 7.4 percent of the babies who survive serious GBS infections will have long-term disabilities.

It's not as common as it once was, thankfully. The Group B Support Group in the UK estimates that, in Britain, two babies a day develop a GBS infection, and one baby a week dies from complications of GBS exposure. A study in the U.S. back in 1998 also found that GBS only affected one to two per 1,000 births, and the rates have been improving ever since. The reason for this is that GBS can be treated with antibiotics during labor, reducing the risk that it's passed from parent to infant, though it can come back after it's been treated before. The Centers for Disease Control and Prevention instituted recommendations in 2002 that all pregnant people be screened for GBS; thanks to these screenings, the CDC now estimates that knowing you have GBS before labor, and being treated with antibiotics while you're giving birth, lowers your child's chances of contracting GBS from one in 200 to one in 4,000.

However, GBS is still a leading cause of infant meningitis in the U.S., according to the CDC, and it's definitely worth being tested if you think you'd like to have kids in the future, or are currently pregnant. Breastfeeding babies if you carry GBS can also be risky, as it's been identified as a possible way to pass on the bacteria to the baby.

The World Health Organization started an international effort to develop a vaccine in 2014, and in 2018 review revealed that numerous drug companies are now conducting human trials on vaccines worldwide. It's also been discovered that it would be highly cost-effective, which means that once a vaccine is cleared, it'll hopefully be produced quickly.

If you do test positive for GBS, it's definitely not the end of the world — it is mostly asymptomatic outside of pregnancy. However, it does mean that you need to talk to your birth team about modifying your plan to fit these needs. But at the end of the day, knowledge is power, after all.