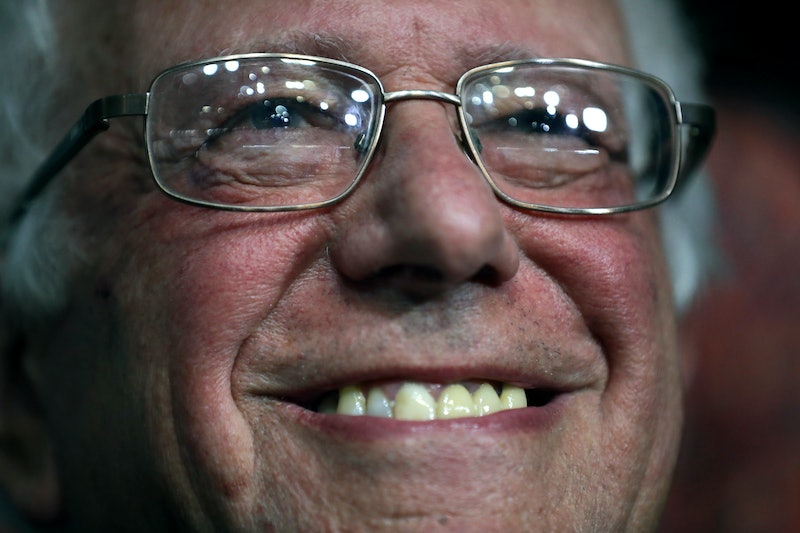 For American progressives watching the U.K. election Thursday, the results likely served a boost of spirit. Prime Minister Theresa May's Tory party lost its parliamentary majority, and Jeremy Corbyn, the leader of the Labour party, won big. And if Vermont senator Bernie Sanders' reaction to the U.K. election was any indication, the Brits' populist pride in the victory certainly reverberated across the pond.

Sanders was asked about the U.K. results by Dave Weigel of The Washington Post, and he confirmed that he had indeed followed the election. By virtue of the campaign themes promoted by Corbyn and his party ― Corbyn's go-to phrase was "for the many, not the few" ― and the unapologetically left-wing slate of policies they backed in the run-up to the election, it's no surprise that people are wondering what Sanders' take is on the whole thing. And to hear him tell it, well, it's great:

I am delighted to see Labour do so well. All over the world people are rising up against austerity and massive levels of income and wealth inequality. People in the U.K., the U.S. and elsewhere want governments that represent all the people, not just the 1%. I congratulate Jeremy Corbyn for running a very positive and effective campaign.

Corbyn's successful election across the Atlantic has stirred yet more conversation on social media about whether Sanders could have won the presidency, if he'd somehow managed to defeat Hillary Clinton in the primaries. While the race between the two of them for the Democratic nomination wasn't as close by the numbers as some hoped ― Sanders fell hundreds of delegates short, and got millions fewer votes than Clinton ― he consistently polled far stronger in a head-to-head matchup with Trump.

In any case, that's a question that really can't be answered. What's undeniable, however, is that Corbyn just rebuked many of his naysayers, leading Labour to a new surge of electoral relevance at just the time May and the Tories thought they'd secure a political deathblow. It's a monumental political achievement, and it only took about seven weeks to turn the tides of popular opinion.

As it stands now, Labour has successfully stolen the Tory parliamentary majority. To be clear, the Labour party does not currently possess a majority itself ― it still trails the Tories by 57 seats as of this writing ― but the Tories have now dipped below the 50 percent threshold, making for a hung parliament, and for immense pressure on May to resign. And if she does so in the next month, she'll set a pretty ignoble record as the shortest-tenured prime minister in nearly a century.