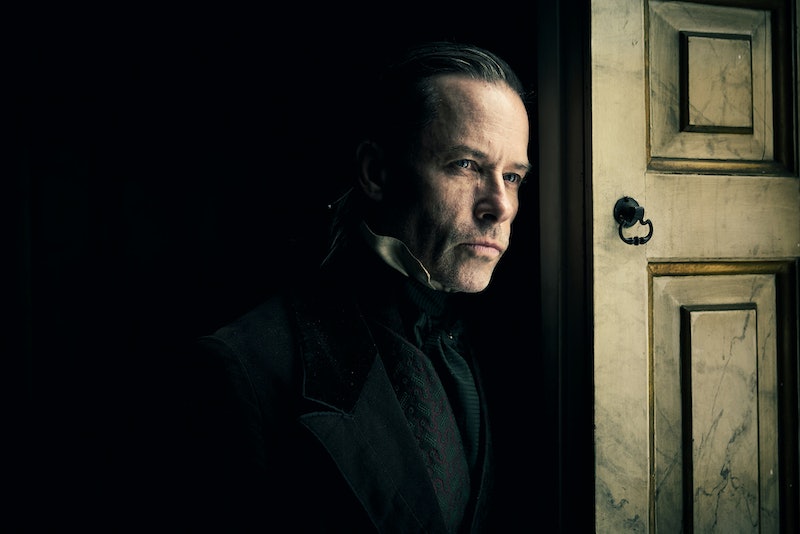 Christmas TV and Victoriana go together like a horse and carriage. I mean, is it actually in and around Dec. 25 if the BBC isn't churning out Dickensian delights? And what says Christmas like the guy who makes the Grinch look like a cheery chap. You know who, Mr Ebenezer Scrooge. He's back, and this time round Guy Pearce is playing Scrooge. Here's what you need to know about this actor who you definitely recognise.

Look, they're not just going to get any old Joe Bloggs in to play the iconic role in Dickens' Christmas ghost story and, with this casting, the Beeb have outdone themselves. Pearce is an incredibly talented and prolific actor and very well respected in the industry.

Pearce hails from Australia and, like many great Australian stars before him, he began his career on Neighbours' Ramsey Street. Long before Hollywood called, he was cooling his jets alongside Kylie Minogue and Jason Donovan. Speaking to the Guardian back in 2018, Pearce shared his total pride in his origins:

"I know it was huge at the time and people adored it. I feel really proud of it and thankful to have been part of it, but it’s not even that people go 'Ah, yeah, I remember;' it really is very present for people. It's like it's going to live on. It's great."

After starring in cult film Priscilla Queen Of The Desert, Hollywood was all over him like a rash. He has since gone on to star in iconic films such as the mind-bending Memento, the legendary L.A. Confidential, and the bodice-rippingly-brilliant Mary Queen Of Scots.

The classic tale of A Christmas Carol has seen many TV and film adaptations, including my personal favourite: Bill Murray's Scrooged. But according to the BBC, they promise their new version will be unlike anything that's come before it — and creepy AF.

"The three-part special is a unique and original take on the Charles Dickens’ iconic ghost story by Steven Knight and a haunting, hallucinatory, spine-tingling immersion into Scrooge's dark night of the soul," the BBC explain.

The drama will be in three parts and is sure to spook you as well as get you in the mood for the festive season.