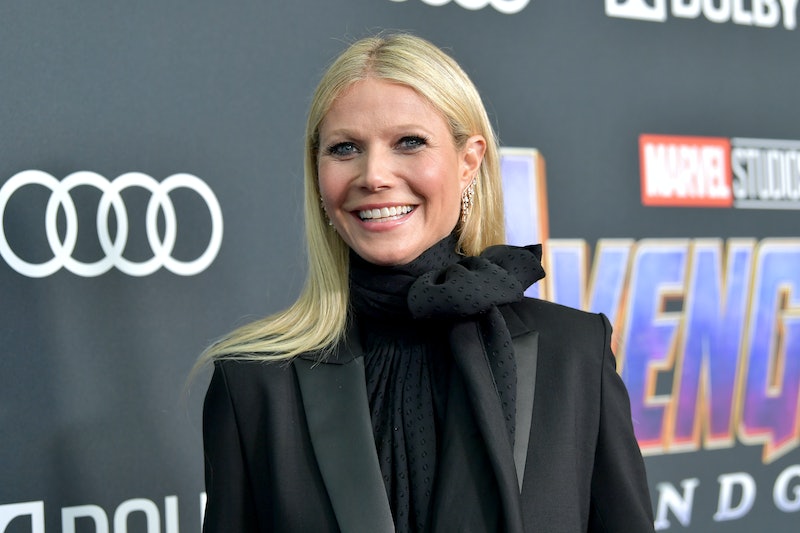 Remember being an angsty teen and it felt like your parents were a constant embarrassment who couldn't do anything right? Well, one celebrity mom just got something right with her teenage daughter a few months after they had a pretty public spat about sharing photos on social media. On May 15, Gwyneth Paltrow posted a pic of Apple on Instagram in honor of her 15th birthday, as BuzzFeed reported, but don't worry — the pic was totally pre-approved by Apple herself.

Plenty of parents post pics of their kids on social media. Seems pretty normal and harmless, right? For some people, sure. For others — like, say, children with ultra-famous parents who have millions of followers — posting pictures on social media without asking for permission can feel like a pretty big invasion of privacy.

Such was the case for Apple in March, when Paltrow shared a pic of her on Instagram that was *not* pre-approved, and subsequently sparked a big debate. This time around, though, Paltrow made sure that she got her daughter's OK before posting a pic for her birthday, and the text message exchange that the actor shared is pretty hilarious.

"Happy 15th birthday my angel @applemartin," Paltrow captioned the shot, which showed Apple holding a rose in her mouth. "I will never be able to put into words how much I love you. You are so strong and so good and so damn funny and sooooo gorgeous inside and out. I am the proudest mama ever. Feliz quinceañera mi vida!"

The second pic Paltrow shared for Apple's birthday post was a screenshot of a text exchange between the two of them. After seemingly sending a few of her favorite photos, Apple texted her mom, "Also here are some options of apple approved birthday posts." Paltrow then replied, "Oh why thank you," and, "Don't need to break the old Internet again, now do we?" Apple agreed and wrote, "Yeah let's not."

Apple and Paltrow "broke the old Internet" back in March, following the aforementioned argument they had in regards to the actor posting pics of her daughter on Instagram without her consent. The pic that sparked it all was of Apple and Paltrow riding up a mountain on a ski lift. Apple had on reflective goggles that covered a good deal of her face, but you could totally still tell it was her (and Paltrow also used the apple emoji in the caption).

Apple commented on the pic after it went up, and she was *not* pleased. "Mom we have discussed this," she wrote. "You may not post anything without my consent." Paltrow then replied, "You can't even see your face!" and thus, the internet went wild.

Within the comments of Paltrow's post, people defended both sides of the argument. There were also several thinkpieces written about childrens' privacy and consent, and it basically became like, this whole big thing.

While it may have been a point of contention between Paltrow and her daughter at the time, it seems like they're at least able to joke about it now. Not only that, but breaking the internet resulted in Paltrow changing her social media behavior, and the world got to see a lovely pic of Apple on her birthday. Everyone wins.