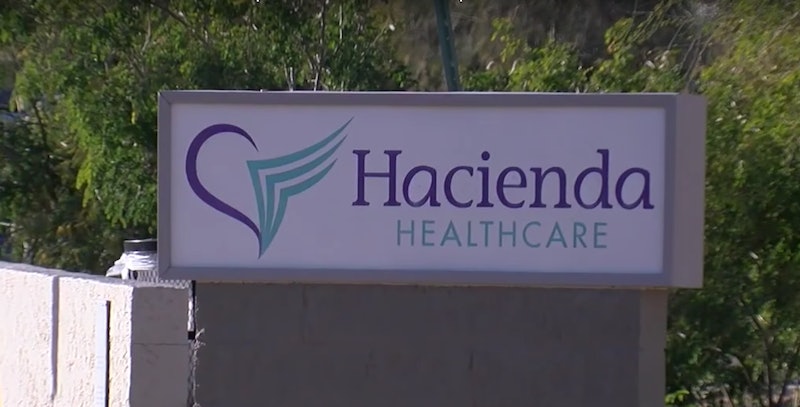 Last month, police in Phoenix, Arizona opened an investigation into a private nursing home after a woman in an incapacitated state was sexually assaulted and later gave birth. BuzzFeed News reported that the nursing center, Hacienda HealthCare, decided to shut down its intermediate care unit last week, after the nurse accused of raping the woman pleaded not guilty to assault and vulnerable adult abuse.

According to a statement issued to BuzzFeed News, Hacienda HealthCare's Board of Directors voted on Feb. 1 to shut down its intermediate care unit.

"The Hacienda Healthcare Board of Directors, after a great deal of careful consideration, has come to understand that it is simply not sustainable to continue to operate our Intermediate Care Facility for the Intellectually Disabled," the board said in its statement. "The care of our patients remains our top priority and we will do everything in our power to ensure a smooth transition for them and their families."

CBS News reported that 36 patients will be relocated to other facilities following Hacienda's closure. Hacienda HealthCare issued a letter to its employees on Thursday to inform them of the unit's impending closure, per CBS News, and to let them know that "our obligations to our staff, patients, and their families will be heightened even beyond what we have experienced of late" during the transition period.

Despite Hacienda HealthCare's stated plans, Fox 10 Phoenix's Nicole Garcia noted on Twitter that Arizona health officials have not signed off on the intermediate care facility's closure. In a letter sent to the facility's board, Arizona officials expressed their concern that "the health and safety of these residents could be adversely impacted" if they were to be relocated to other facilities, and asked the board to make "every effort" to avoid undergoing such a transition.

The Arizona Department of Economic Security echoed this sentiment, telling TIME in a statement that Hacienda's decision to close its intermediate care unit was "disturbing news" and not "in the best interests of the patients."

"State agencies are exhausting all efforts to bring this to a conclusion that is beneficial to the patients, some of whom have been at this facility nearly their entire lives," the department said in its statement.

According to BuzzFeed News, Arizona officials had ordered Hacienda to find a third party to manage day-to-day operations after police opened their investigation into the facility — not to close its doors.

Fox 10 also reported that Arizona Gov. Doug Ducey has called on the state's attorney general to launch a criminal investigation into Hacienda HealthCare, and has asked state agencies to design better protections for patients with disabilities.

After the woman at Hacienda's facility gave birth in December, Hacienda HealthCare's CEO has since resigned, CBS News reported; one doctor also reportedly resigned, while another doctor was suspended. The woman had been in an incapacitated state for 14 years by the time she gave birth, according to CBS Phoenix affiliate KPHO-TV, and her son is now living with his maternal family.