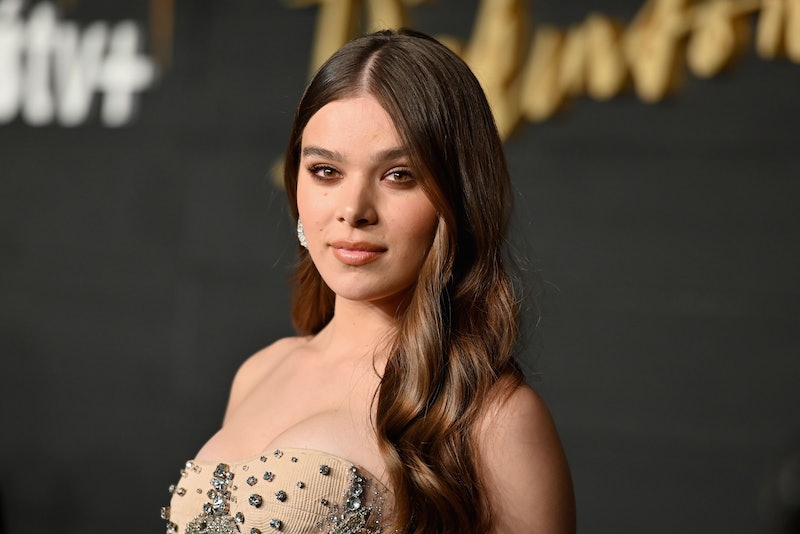 Just like all of the best artists, Hailee Steinfeld is putting her pain into her music, and her newest offering reportedly has a very emotional story behind it. On Wednesday, Jan. 8, Hailee Steinfeld dropped the video for "Wrong Direction," her new single which fans think is about her reported ex-boyfriend, Niall Horan. Considering the song title, and the name of Horan's former boyband One Direction, it's not hard to make the connection.

Steinfeld reportedly started dating Horan back in February of 2018, before they apparently called it quits that December. Neither Steinfeld nor Horan have ever commented on the romance, but fans suspect that she's finally talking about their split on "Wrong Direction," given the song's name and the fact that Horan was the last person that she was romantically linked to.

The song, which dropped on Jan. 1, tells the story of a devastating break-up that seemingly left the singer heartbroken. Lyrics like "Lookin' back, I probably should have known / But I just wanted to believe that you were out sleepin' alone" made some fans think that Steinfeld was cheated on, while the first verse points to what could have been an unhealthy relationship from the start. But the last line of the chorus, "It's so gut-wrenchin', fallin' in the wrong direction," are the most impactful, especially given the close proximity to One Direction.

The video doesn't drop any clues relating to Horan. Instead, it focuses on a raw performance from Steinfeld, who simply sings the track while floating in a pool, her eyes rarely looking at the camera. Whether or not she's actually referring to Horan, the clip is very reflective of the song's message and sure to make fans shed a few tears regardless.

While Steinfeld has not commented on who exactly the song is about, upon the video's release she sent a hopeful message to fans on Instagram, specifically for those experiencing heartbreak of their own. "I know we’ve all been through hard times, just remember you’re not alone," she wrote. "I’m so thankful we can grow from these experiences together."