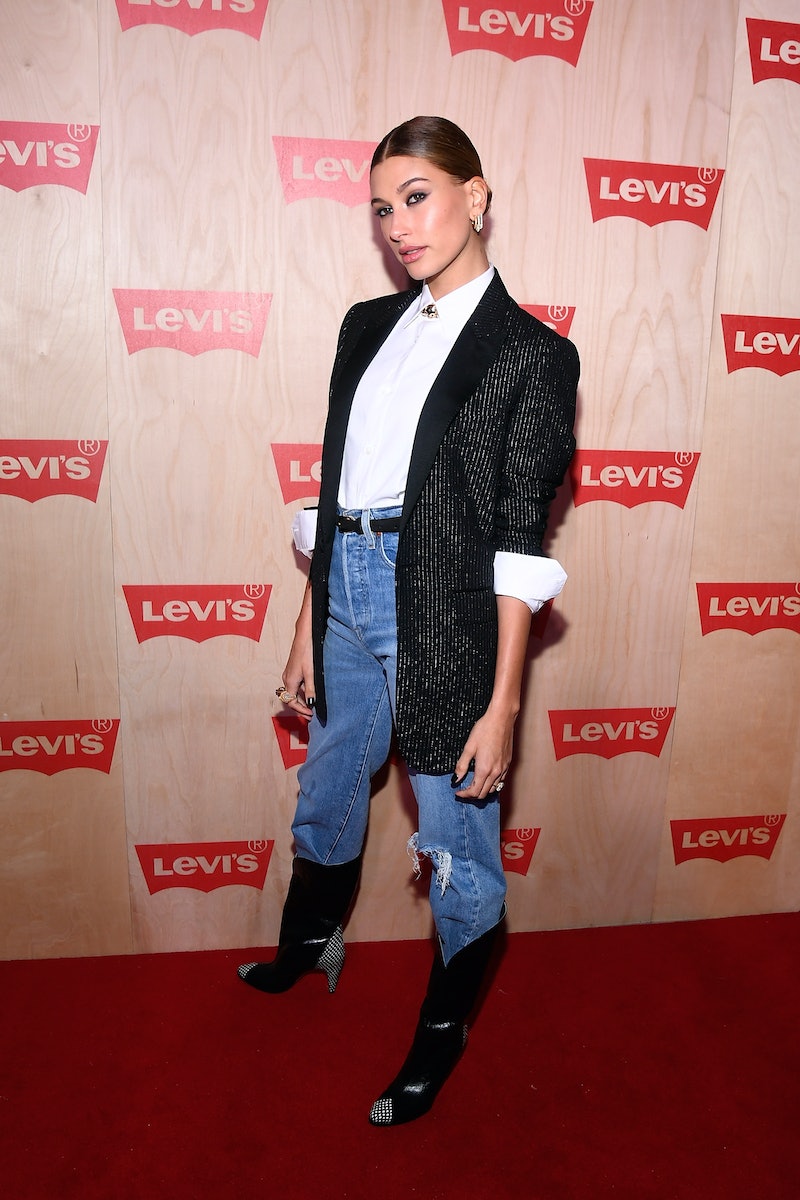 It's never easy to speak up about mental health, but this year, a certain model is taking a stand. On Sunday, Hailey Baldwin opened up about her anxiety in a post on Instagram where she explained that her goal for 2019 is to be more open. And although she talked a lot about things she struggles with as well as her insecurities, she's still keeping things positive as she strives to be more vulnerable in the coming year.

In the post, Baldwin started out by saying that even though her life may seem "amazing" from the outside, she still deals with things that may sound familiar to many of her fans.

These are emotions that everyone inevitably deals with, but that doesn't make it any less difficult to open up about them.

Baldwin also wrote about something that plagues a lot of people: the dreaded Instagram comparison game, which almost never leads to anything good. As it turns out, she herself has fallen victim to comparing herself to other people based on what they share on Instagram — even though these feeds are definitely just a highlight reel of someone's experiences.

"I get sad, I get angry. I have had more days than I can count where I’ve found myself scrolling through Instagram comparing myself, comparing my looks, feeling like I’m not good enough feeling like I lack so many things and really struggling to be confident in who I am because I constantly feel like I’m just not good enough. Every single day is a confidence battle for me."

Then, Baldwin clarified the reason she wanted to make the post in the first place: To remind her followers that she's human.

"I’m not writing this for a pity party or for sympathy but just to simply say, I’m a human," Baldwin said. "I’m a young woman, I’m learning who I am and, it’s REALLY FREAKING HARD. It’s hard finding who you are, but what’s even harder is being picked apart and compared to other women while trying to do that. There are days that I’m simply broken because of it."

But despite how difficult this obviously is for her, Baldwin still managed to end her Instagram post on a positive note. She wrote:

"It would be incredible if other young girls and women could find it in themselves to lift each other up, to stop making other women who are struggling JUST LIKE THEM, feel incompetent and less than. We ALL have flaws, and that will never change. What I do know is, God made us individuals for a reason, with our own beauty, our own personalities, and our own story because there’s a specific plan and purpose for each and every human created and he makes no mistakes!! So this year I’m gonna do my very best to just be ME and be confident with who I am. Cause I am enough, and I’m loved, and you are enough and you’re loved."

Baldwin opening up like this will undoubtedly help some of her followers who feel the same way, especially if she continues to share more honesty through the year. It's always difficult to talk about your struggles, but sometimes, it's the best way to realize that you aren't alone — and to help others going through the same thing.