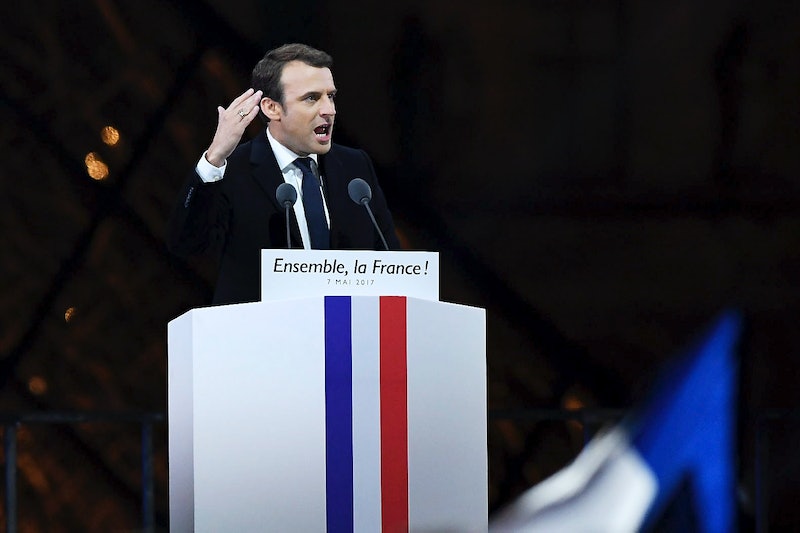 Just days after being elected, France's President-elect Emmanuel Macron showed lots of promise after his party announced its legislative elections candidates. Of the over 400 parliamentary candidates selected by Macron's party, half are women and half are men. The announcement arrived on Thursday in what appears to be an attempt to freshen up the legislative makeup of Macron's La Republique En Marche party. The general secretary of En Marche, Richard Ferrand, revealed that 214 men and 214 women were set to run for candidacy. According to Ferrand, the purpose for such a move is to "build a majority for change and to win an absolute majority in Parliament for La Republique en Marche in the National Assembly."

The French public views Macron as a liberal refutation to the ruckus of far-right populism in the country. In February, the 39-year-old president-elect criticized the far-right's obsession with homogeneity and denounced the National Front's betrayal of "fraternity because it detests those faces that don't resemble it." According to The Guardian, Macron has placed great emphasis on bringing outsiders into the central arena of politics. It's a sentiment bound to elicit support from many French citizens who feel unheard or neglected by the French state.

According to France 24, the list contains an interesting array of individuals. Fifty-two percent of the candidates are civil society members, and among them, there's a mathematician with a rather dandy sense of style, a woman who was previously a bullfighter, a few students, retirees, and some unemployed workers. Now that's an eclectic combination of individuals set to make an impression on the French masses.

The appeal of outsiders in politics is indisputable. When it comes down to supporting a political figure and casting votes, people frequently view figures through the binary of establishment entities versus outsiders. They also frequently choose to invest hope in the outsider because they assume the latter is more aware of and experienced in the values and grievances of those living on the edges of society. If anything, Macron is politically astute for making a move on that promise of bringing new blood into the core of the French republic.

With all of that said, there is still some skepticism. It is true that gender-balance and participation from women and outliers should be vociferously supported in order to democratize politics but it is also important to remember that female representation and outsiders in politics may not always automatically mean progress. Progress is more than just faces and numbers. Actual work needs to be done in order to bring any material change in the political, legislative, and economic structure of the country. For what it's worth, the United States elected a purported "outsider." Just look at how that's going so far.