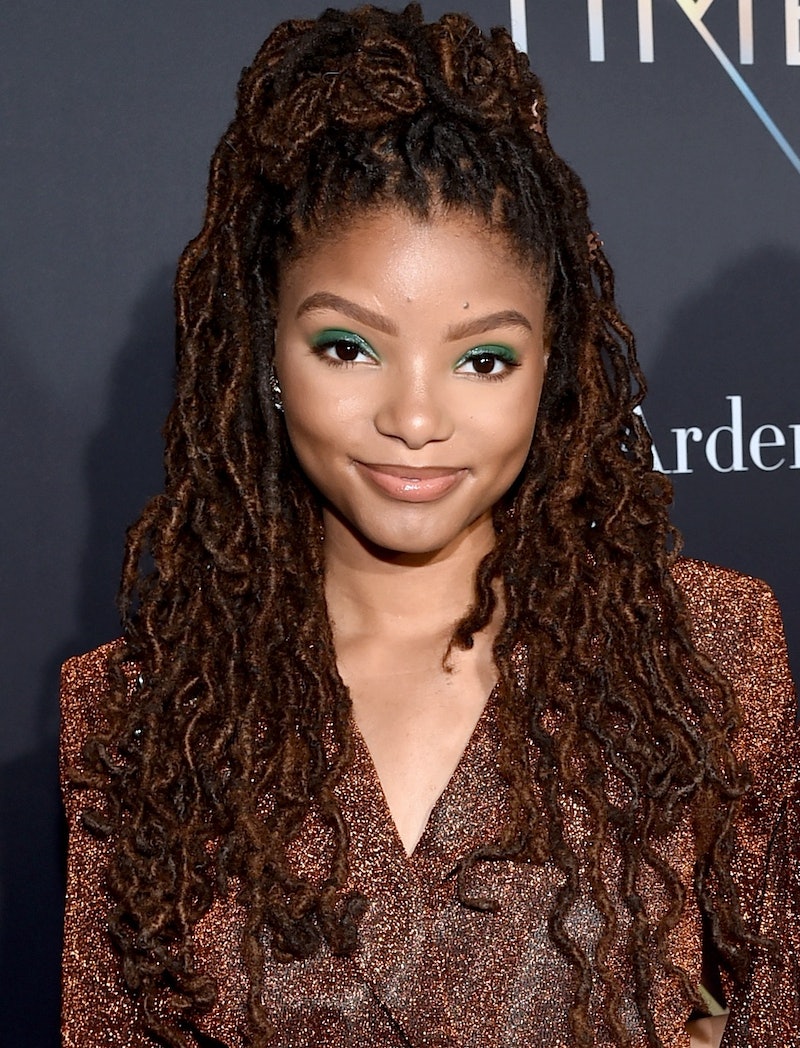 The casting of Halle Bailey as Ariel in Disney's upcoming live-action adaptation of The Little Mermaid has set Twitter abuzz, with both fans and peers of Bailey celebrating the momentous decision. Celebrities including Ariana Grande and Sophie Turner have come out of the woodwork to praise Bailey's new role, but reactions from two stars in particular feel especially poignant for different reasons. Halle Berry and Zendaya's responses to Halle Bailey's Little Mermaid casting are very heartwarming and true full circle moments.

Most people are praising Disney for their smart choice to cast Bailey, a very talented singer and emerging star in her own right, but many users initially read that Halle Berry was cast and were very confused by that move, before realizing who was actually playing Ariel. Berry saw the online mayhem and reacted to the news on Twitter, making it very clear that she's proud of her fellow Halle for landing the part and can't wait to see her in her mermaid costume.

"In case you needed a reminder... Halles get it DONE," Berry exclaimed on Twitter, alongside a side-by-side screenshot of Bailey and the animated African-American Ariel. "Congratulations @chloexhalle on this amazing opportunity, we can’t wait to see what you do!"

Prior to Bailey's casting, there was very heavy speculation online that Zendaya would be tapped to play the iconic character. She would have been a natural fit: the star already has an established relationship with Disney through her shows Shake It Up! and KC Undercover, and has proven to be a natural fit for the big screen with her role as MJ in Spider-Man: Homecoming and its sequel, Spider-Man: Far From Home. Plus, her self-titled debut album proves that she would sound lovely on songs like "Under the Sea".

While Zendaya playing Ariel simply wasn't meant to be, the star did react to Bailey's casting on Twitter, and she was elated by the news. "Yeeeeessss!! Here for thiiiissss!!," she said.

Obviously, Bailey will excel as Ariel. Her music with twin sister Chloe, as Grammy-nominated R&B duo Chloe x Halle, shows that she has the stunning vocal chops that will make all your favorite Little Mermaid songs sound even more glorious. And her role as Sky on the hit show Grown-ish proves that she has enough acting experience to pull off the legendary character.

“After an extensive search, it was abundantly clear that Halle possesses that rare combination of spirit, heart, youth, innocence, and substance — plus a glorious singing voice — all intrinsic qualities necessary to play this iconic role,” Little Mermaid director Rob Marshall said in a press release obtained by Bustle.

Other notable celebs who have publically praised Bailey's new role include Sophie Turner, who responded to Bailey's Twitter post about the news with a simple but effective "YESSSSSSSSSSS".

Ariana Grande also shared a little tribute on her Instagram stories, reposting Bailey's Instagram picture and adding "I can't express how happy and excited I am at all".

Although there's no confirmed release date for the new Little Mermaid film, it seems that stars like Zendaya, Grande, and Berry will all be in line with us at the movie theater to buy tickets.