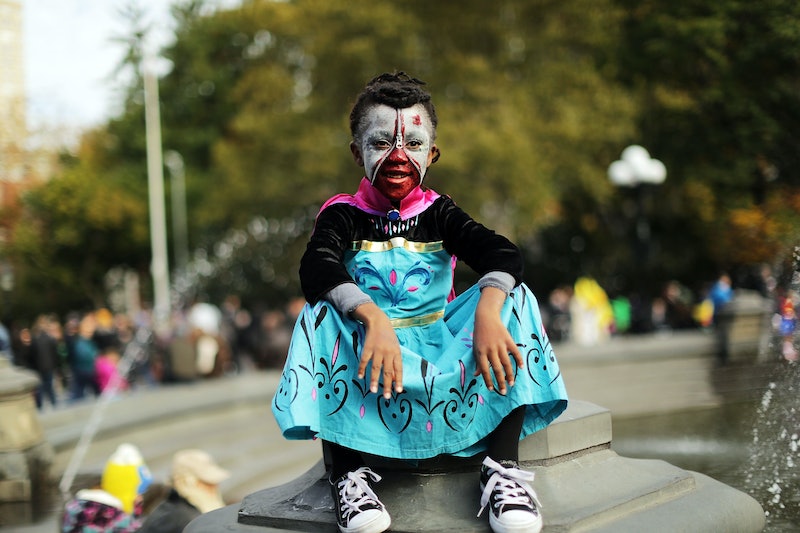 Thousands of people are petitioning the president to permanently make Halloween a Saturday, despite the holiday's deep ties to Samhain, an ancient Celtic festival marking the Celtic new year on Nov. 1. Citing concerns about safety, stress, and school nights, the Halloween and Costume Association is asking President Donald Trump to axe Halloween's traditional date of Oct. 31 in favor of holding the holiday on the last Saturday in October.

"It's time for a safer, longer, stress-free celebration!" the Halloween and Costume Association's petition read. As of Friday afternoon, more than 9,300 people had signed their petition to move Halloween to the last Saturday of October.

According to their website, the Halloween and Costume Association, which is also known as the Halloween Industry Association, represents "just about every costume company in the land," becoming "the voice of the entire industry." The nonprofit said it aims to promote "the safe celebration of Halloween and year-round costumed events."

In making their controversial argument, the organization claimed there are 3,800 Halloween-related injuries each year. The Halloween and Costume Association also claimed that 70 percent of parents allow their kids to trick-or-treat without them while 65 percent don't sit down and talk about "Halloween safety" with their children. Among the organization's other arguments for moving the holiday were claims that 82 percent of parents opt not to use "high visibility aids" on their costumes and 63 percent of children don't carry flashlights while trick-or-treating.

However, in their petition the organization did not elaborate as to how permanently moving Halloween to a Saturday would address these issues. Nor did the Halloween and Costume Association address the historical significance of Halloween's long-standing Oct. 31 date.

While Halloween is now largely about costumes, candy, and trick-or-treating, historically there's more to the holiday than that. In fact, the origins of Halloween date back to at least 2,000 years ago when Celts observed Nov. 1 as the beginning of not only winter but the new year as well. The Celtic festival of Samhain lasted from the evening of Oct. 31 through to the evening of Nov. 1 and marked the end of the harvest season. According to History.com, Celts believed Samhain, or more specifically Oct. 31, the eve of the new year, was a time when the souls of the dead were able to temporarily return to earth as the boundary between the world of the living and the world of the dead became blurred.

To mark the holiday, Celts lit bonfires in which they made sacrifices to their Gods in the form of crops and animals and would, according to History.com, wear costumes made from the skins and heads of animals.

But the earliest form of what we now call trick-or-treating didn't appear until the Middle Ages, when children and the poor used the holiday to beg for food or money while dressed in costume, Smithsonian Magazine has reported. The practice appears to have been renewed sometime in the 1920s, with the first recorded reference to the phrase "trick or treat" coming from a newspaper clipping dated 1927.