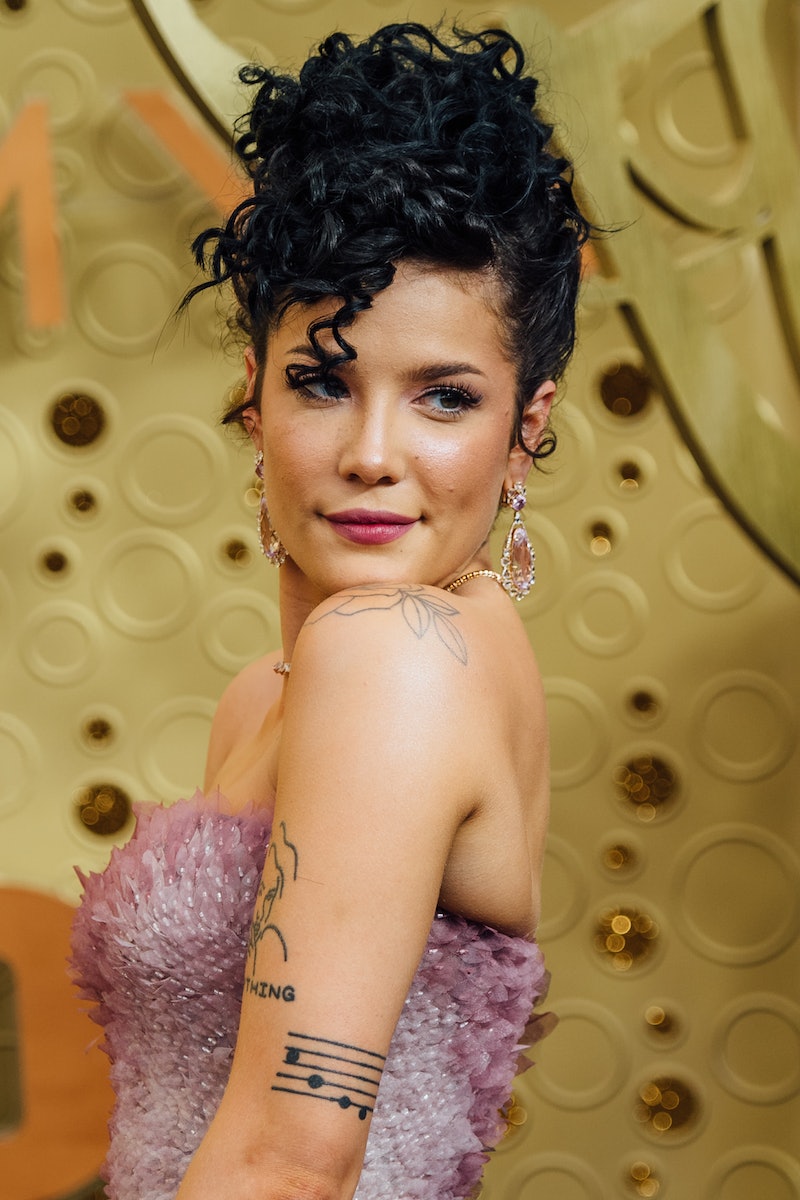 On Sunday, Sept. 29 "Bad At Love" singer Halsey released a new music video for "Clementine" on her 25th birthday, and the premiere is a present to her fans. The singer and her brother Sevian dance in front of an aquarium exhibit in the music video, both wearing matching white jumpsuits printed with a clementine logo and Converse sneakers. Both siblings also have orange glitter makeup on for the routine.

On Twitter, Halsey announced the music video premiere, revealing that the project was debuting on her birthday. She wrote: "Exactly 25 years ago to this moment I was born. I wanted to celebrate today by sharing a new song called "clementine" and a cute lil video for it that i made with my brother Sevian. Enjoy."

On Saturday, Halsey teased the music video on Instagram, sharing a dramatic moment from the video in which Sevian lifted her into the air. She captioned the picture, "clementine." The music video was choreographed by Dani Vitale, who also co-directed the project with Anton Tammi. "Clementine" is the latest single off of Halsey's upcoming album Manic, which is set to release on January 17, 2020.

"Clementine" and the music video are just the singer's latest project in a month full of major announcements. On Sept. 13, Halsey announced her third studio album would be out via Capitol Records in January, and she released the first single, titled "Graveyard", according to Pitchfork. The album is a followup to 2017's hopeless fountain kingdom, which included her chart-topping single "Bad at Love."

In lieu of a formal music video, "Graveyard" was released with a time lapse of the star painting the Manic album cover on a large canvas. In September, Halsey also posted the album announcement on Instagram, writing, "GRAVEYARD is out now.my 3rd album “Manic” is available for pre-order now. it’s nice to meet you." Last week, the singer announced the Manic world tour on Instagram as well, which will kick off in February with dates in Europe. She wrote, "Manic World Tour(First Installment) Tickets on sale Friday."

Back in June, Halsey discussed the album-writing process for Manic in an interview with Rolling Stone. She's been open about having having bipolar disorder in the past, and described the album as being, "the first I’ve ever written manic." The Without Me singer also said that the album would combine many genres as a result. She said: "Hip-hop, rock, country, f*cking everything — because it’s so manic. It’s soooooo manic.It’s literally just, like, whatever the f*ck I felt like making; there was no reason I couldn’t make it."

The album release will top off a busy couple of years for the star. In addition to working on her own new music, Halsey was featured on BTS' "Boy With Luv" from the album MAP OF THE SOUL: PERSONA. In May, Halsey and BTS performed "Boy With Luv" at the 2019 Billboard Music Awards. In February, the pop star also hosted and performed on SNL.

Halsey's career has taken off as of late, and the next year of her life seems likely to be just as eventful. Amid the career chaos, her latest single "Clementine" is the perfect way for her to celebrate turning 25 with her fans.

More like this
The Best Memes & Tweets About Beyoncé’s Surprise “I’M THAT GIRL” Video Teaser
By Brian Anthony Hernandez
Bridgerton’s Simone Ashley Stars In ODESZA's "Love Letter” Music Video
By Radhika Menon
Britney Spears Is About To Make Her Music Comeback With Elton John
By Jake Viswanath
An Ultimate Guide To The Music Of 'Rap Sh!t'
By Brad Witter
Get Even More From Bustle — Sign Up For The Newsletter