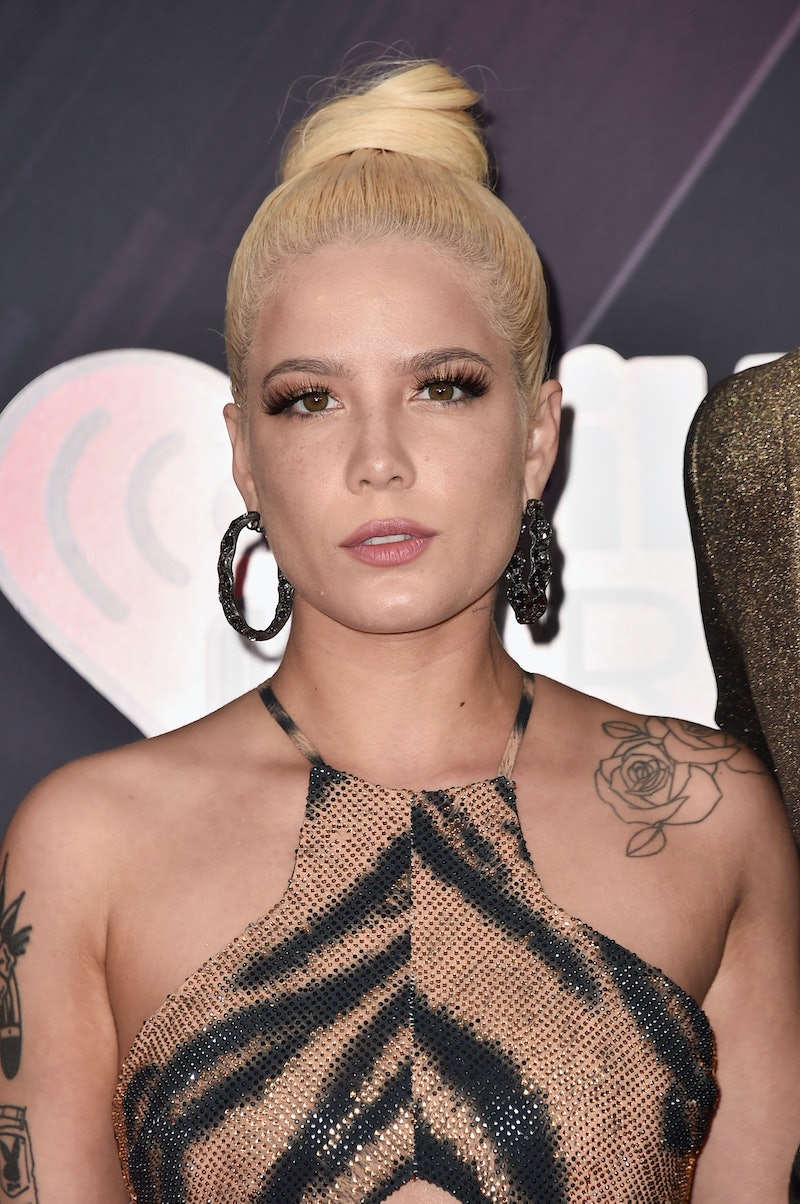 Halsey went on Twitter to share a couple of normal selfies, but instead of being met with likes, she was swooped down upon by the body shaming police. When Halsey was shamed for her armpit hair, she wasn't even trying to make a statement. She wasn't raising her arms up high to show off her body hair and make a point about how women were in control of their own bodies, or about how beauty standards were outdated and unrealistic. When people post those types of photos, they can mentally prepare themselves for the onslaught of naysayers that will, without fail, pop into their mentions. But Halsey's case was different. She simply posted a cute selfie of herself smiling and getting ready for the weekend, with a caption that read, "Sounds Like Friday Night."

But seeing how she raised her right arm to take the selfie, some people noticed that her underarm wasn't completely shaved, and they decided to zero in on it and make fun of her. The surprising thing was that the arm hair was barely even noticeable. Realistically, you would only see it if you specifically checked to see if the picture-taker was waxed hairless, which meant that the knee-jerk reaction to police is ingrained in a lot of us.

The troll in question retweeted the artist's photo, with his own tweet saying, "what the hell is this?!!!" with a "LOL" sticker floating just above her armpit to bring attention to the slight shadow of fuzz.

Halsey's response back was perfect, where she didn't entertain the shaming tactic for a moment. Past the point of feeling it necessary to educate men on how women have autonomy over their own bodies and could choose to do what they want with them without having to listen to a whole panel of opinions, Halsey's response was dry and blunt.

"It’s an armpit you’ve put a sticker over. Not sure what else there is here to explain?" she wrote.

Twitter also had her back, where fans and followers jumped in to set the record straight. "Girls do not have to shave if they don't want to," wrote one user, using the clap emoji between each word to emphasize her point.

One person responded back, completely missing the point, writing, "No one said you have to. Just majority of men prefer it that way. It’s cool tho, whatever flows your boat." To which another tweeter responded, "Okay but men don’t have a say in what women do with their bodies. We don’t care what y’all prefer." Women aren't out here dedicating every move they make to the approval and attraction of men.

Some jumped in with their own body hair photos to prove Halsey isn't alone with her stubble. "IN OTHER NEWS WOMEN HAVE HAIR AND WATER IS WET," the tweeter wrote.

Others tried to flip it, saying that shaving one's pits is about hygiene, but that got quickly shut down by simply pointing to the fact that very few men shave their pits and they get through the world just fine.

Some turned it into a sarcastic joke, using humor to show how unwarranted that moment of shaming was, and how it's linked to this bigger web of forcing women to pretend they don't have normal bodily functions in order to be "attractive."

"Everybody knows women don’t have armpits," they wrote. "They also don’t grow body hair. Or sweat. Or poop. It’s science."

Others reminded the original tweeter that women don't exist for men, and so they do what they like with their own bodies.

Though some people still clearly believe that women with natural hair are something to laugh at, it's amazing to see so many others jump in to push back against these sexist beauty standards. There's definite progress.