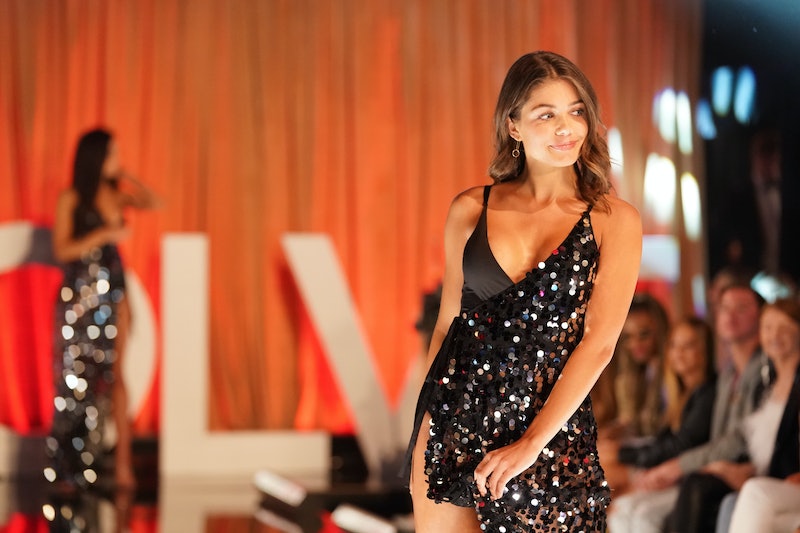 Being on The Bachelor means putting yourself on display in front of the cameras pretty much nonstop. And while that may not sound very appealing to some, Hannah Ann's modeling campaigns before The Bachelor show that she was basically born to be in the spotlight and has been training for this moment for years. Granted, this wouldn't be the first time a Bachelor contestant has listed modeling as a career, however, Hannah Ann's resume proves to be particularly impressive. In fact, you've probably seen her before without even realizing it.

According to Hannah Ann's Facebook page, which has now been made public, she is currently signed with the prominent modeling agency Wilhelmina Models and has been attached to some very large-scale campaigns throughout the years, many of which she has taken the liberty of sharing on her social media accounts. For example, Hannah Ann posted several images on Facebook from her photoshoot with Endeavor Athletics back in March 2017, which shows her modeling the brand's workout attire.

Additionally, she was also the face of a very important Downy campaign surrounding the company's Liquid Fabric Deodorizer. In fact, if you head over to the official Downy website, you can see Hannah Ann's side profile in a running position on the actual container itself. However, Hannah Ann's most notably campaign was when she served as the face of Sonic. You know that young girl with the binoculars in those Sonic ads? Yeah, that was her.

"Loved working for a company that makes my favorite slushes," she captioned in a throwback photo in January 2017. Does this mean that she and Peter would get free Sonic for life? If that isn't the foundation of a solid relationship, then what the heck is?

Delicious fast food accounts aside, though, Hannah Ann also appeared in numerous magazine print ads, including the back cover of JVN back in 2016. She also secured spots in American Cheerleader and Seventeen.

Her Instagram is covered with various modeling shoots, which shows her wearing attire from well known brands, such as Revolve, Khloé Kardashian's Good American, Lululemon, Victoria's Secret, and many more.

On top of all that, Hannah Ann also represented a Vanity Fair collection back in 2017 as well:

"So excited to be apart of Vanity Fair 's new collection launching Spring 2018! The collection will be sold at Walmart, JCPenney's, Kohl's, Sears, and Target across the US," Hannah Ann wrote in the Instagram caption. "You might see a familiar face."

Clearly she's taken the modeling world by storm. Fans will just have to wait and see if she proves to be just as successful with winning over Peter's heart.

More like this
Hannah Ann Got Engaged 3 Years After 'The Bachelor' & The Proposal Was Dreamy
By Grace Wehniainen
'Bachelorette' Vet Clare Crawley Unveiled 2 Special Wedding Day Accessories
By Stephanie Topacio Long
10 Photos Of The Wildest Limo Arrivals From 'The Bachelor' Premiere
By Brad Witter
Zach Reveals The Chaotic 30 Minutes That Were Cut From ‘The Bachelor’ Premiere
By Grace Wehniainen
Get Even More From Bustle — Sign Up For The Newsletter
From hair trends to relationship advice, our daily newsletter has everything you need to sound like a person who’s on TikTok, even if you aren’t.