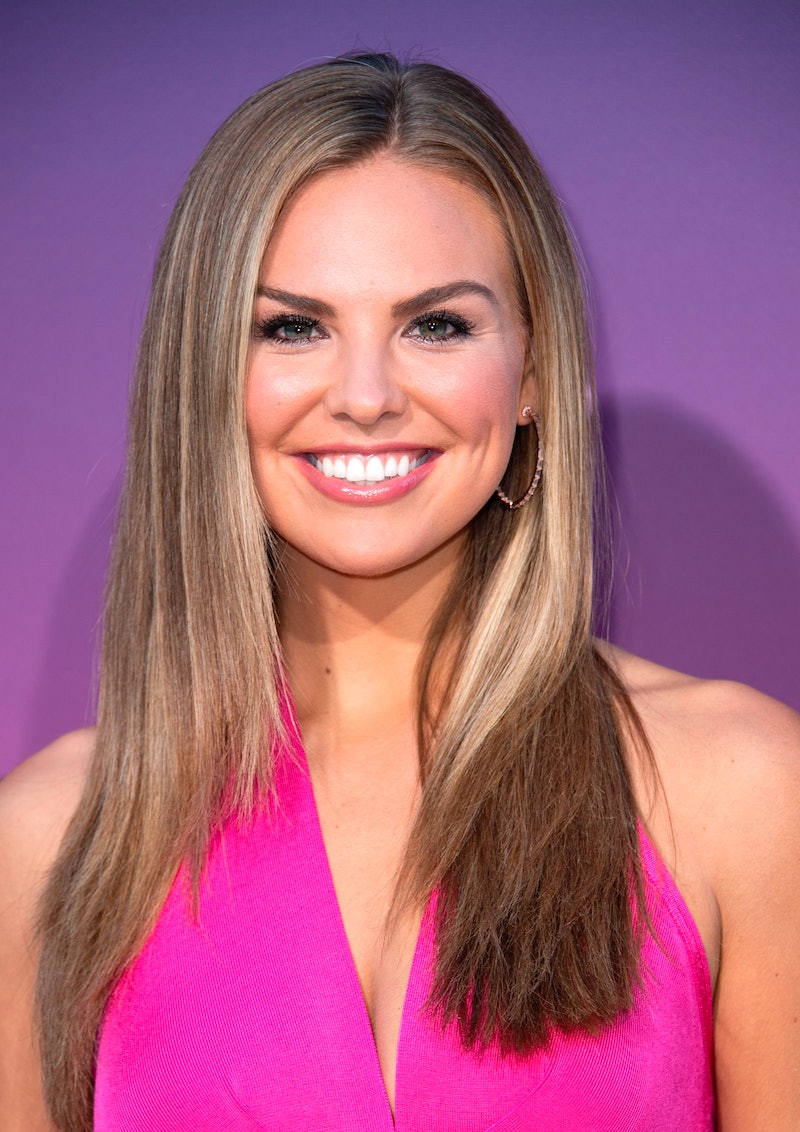 Adding to a long list of underwhelming celebrity apologies, Hannah Brown apologized for singing the N-word during an Instagram Live — but her statement isn’t sitting well with many on Twitter. The former Bachelorette star went Live on May 16, and at one point she muttered the lyrics to DaBaby’s “Rockstar.” After her comments section began to fill up about her N-word usage in the song, Hannah laughed and replied, “I did? I’m so sorry.” When a voice out of frame suggested, “That wasn’t you,” Hannah further added, “I’m so sorry. I don’t think… maybe it was [her brother] Patrick.” Bustle has reached out to Hannah’s reps for additional comment, but did not receive an immediate response.

UPDATE: On Sunday afternoon, Hannah issued an official apology on her Instagram Story in response to the backlash. The Bachelorette alum wrote a note addressing her use of the word, and a promise to "do better." She wrote:

"I owe you all a major apology. There is no excuse and I will not justify what I said. I have read your messages and seen the hurt I have caused. I own it all. I am terribly sorry, and know that whether in public or private, this language is unacceptable. I promise to do better."

Hannah’s explanation didn't satisfy all of her fans. One Twitter user wrote, “I was a big fan of Bachelorette/DWTS Winner Hannah Brown, until she decided to drop a hard N word in a rap song and then smirk and laugh through an ‘apology.’” A different user tweeted at Hannah directly, asking for "an ACTUAL apology," and adding, "Racism is not a joke you casually laugh off on Instagram live." And another Twitter user added, “i’m extremely disappointed. saying a racial slur is never okay. girl, you should know better…”

Hannah isn’t the only Bachelor Nation alum to encounter accusations of racism. Bachelor in Paradise’s Shannon Baff and Bachelor Australia’s Rachael Arahill, respectively, have both apologized for usage of the N-word in the past. And most recently, Bachelor’s Victoria Fuller apologized for her involvement in a “White Lives Matter” campaign for endangered marlins.

The Bachelorette star has yet to issue a formal apology. Her last words on the matter were reportedly in her Instagram Live. "Look, people are going to want to think whatever they want to think of me, get mad at me, whatever," she reportedly said. "And even if I did accidentally say it, I'm very sorry, I was singing a song and not even thinking."