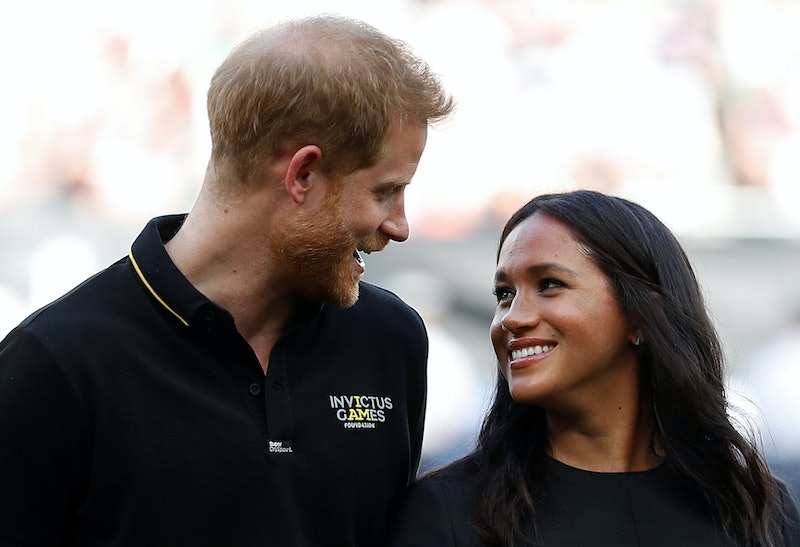 Following the theme of "Forces for Change" highlighted in British Vogue's September issue guest-edited by the Duchess of Sussex, Harry & Meghan want suggestions for who to follow on Instagram. In a post uploaded today (Aug. 1), the couple have asked their followers who they regard as their "Force for Change". They're looking for 15 accounts to follow — similar to the 15 women featured in the Vogue issues — from empowering organisations to people that inspire or bring happiness to your life.

As the caption reads, Harry and Meghan "change the accounts [they] follow [each month] to highlight various causes, people or organisations doing amazing things for their communities and the world at large." This time the royal couple want your input, and all you have to do is write your suggestion in the comment section. They will then select 15 accounts which they will follow next Monday.

These accounts can be "someone you look up to, the organisation doing amazing work that we should all be following, an account that inspires you to be and do better (or that simply makes you feel good), or the handle that brims with optimism for a brighter tomorrow." Basically, this August is going to be one hell of an uplifting mood board to scroll through.

Unsurprisingly there's already been over 20,000 suggestions left on the post while writing this, and the Independent has noted that users have highlighted organisations such as the American Civil Liberties Union (ACLU), Doctors Without Borders, and numerous women's charities.

This isn't the first time that Harry and Meghan have chosen to showcase important accounts on Instagram. After starting their Insta in April, the couple decided to begin highlighting their own "Forces for Change" at the end of the month.

For May, they paid tribute to those striving for mental health awareness and change and also detailed the process of how they would follow specific accounts each month. "Each month we will honour this same concept and change the accounts we solely follow based on a different theme or cause," the caption read.

In June, they proudly waved the flag for Pride and supported accounts that spread love within the LGBTQ+ community. "We stand with you and support you," they wrote in the caption. "Because it's very simple: love is love."

Then, last month, the couple highlighted 15 accounts that focused on the environment. "Environmental damage has been treated as a necessary by-product of economic growth. So deeply ingrained is this thinking that it has been considered part of the natural order that humankind's development comes at the expense of our planet," Harry stated in a quote featured in the caption.

"Only now are we starting to notice and understand the damage that we've been causing. With nearly 7.7 billion people inhabiting this Earth, every choice, every footprint, every action makes a difference."

If you want to follow the accounts previously featured on these posts, @sussexroyal has kindly tagged each account featured for the month on the corresponding photo so they'll forever have a platform to be featured on.