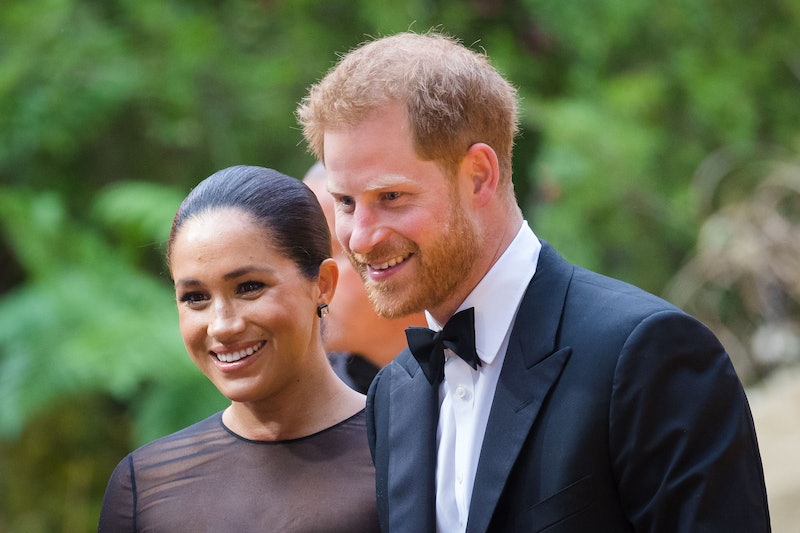 The Duke and Duchess of Sussex have officially landed in South Africa with baby Archie, marking their first royal tour as a family of three. As illustrated in Prince Harry and Meghan Markle's Africa tour itinerary, the 10-day trip will include 35 engagements according to Harper's Bazaar. This will consist of visits to charities the couple are involved in, talks with leaders in four countries across the continent, and other significant activities for important causes.

Instead of the usual welcome royal couple's receive on these tours, Harry and Meghan "will head directly to a women's shelter in one of Cape Town's well-known townships," as Vanity Fair reports, where they "will also view a workshop that provides self-defence classes and female empowerment training to young girls". From there, the couple will make their way to the District Six Museum, which honours a community that was forcibly relocated during the apartheid era," as Town and Country writes.

The Duke and Duchess will then meet with charities such as Waves for Change, the Lunchbox Fund, and the Commonwealth Litter Program. As Town and Country point out, you may recognise the Lunchbox Fund from the "group of organisations that Meghan and Harry invited fans to donate to, in honour of their child's birth."

Harry and Meghan will then meet Archbishop Desmond Tutu and his wife before parting ways on Sep. 26. From there, Harry will continue to visit Botswana, Angola, and Malawi according to Town and Country, while Meghan will stay in South Africa.

Meghan will meet "women entrepreneurs and technology investors" at the Woodstock Exchange, and will also conduct an additional visit with the nonprofit organisation mothers2mothers, Harper's Bazaar confirmed yesterday (Sep. 22). "There, she will mentor mothers who deliver health services and education to women and their families in townships around the city," as the magazine writes, "and visit with clients and their children."

Meanwhile, Harry will be planting trees with school children in Botswana, and will also visit a project run by Sentebale, "a charity he co-founded with Lesotho's Prince Seesio." In Angola, the Prince will follow in his mother's footsteps by visiting "a new HALO trust de-mining camp," which was supported by Princess Diana. Here, Harry will also "remotely detonate a mine [...] and deliver a speech about the importance of de-mining efforts."

The Duke will then make his way to Malawi on Sep. 29, where he will visit the Nalikule College of Education. Harry will meet with young women who attend secondary school through an initiative "supported by the Queen's Commonwealth Trust, of which Harry and Meghan are president and vice president, respectively," as Town and Country reports.

Before Harry heads back to South Africa, Megan will be part of a roundtable talk with the Association of Commonwealth Universities. She will also "meet with students to talk about the challenges young women face when pursuing higher education." After attending a few more events on Oct. 1, the royal couple will end their tour on Oct. 2 meeting President Cyril Ramaphosa and his wife, Dr. Tshepo Motsepe.

Wow, that is one busy schedule indeed!

More like this
Prince Harry & Lilibet’s Bedtime Routine Sounds Truly Adorable
By Kira Richards and Sam Ramsden
Lewis Hamilton Turned Down A Role In 'Top Gun: Maverick' For This Surprising Reason
By Darshita Goyal
An 'X Factor' Legend Has Joined The 'Strictly' 2022 Line-Up
By El Hunt and Sam Ramsden
The Sean Bean Intimacy Coordinator Controversy, Explained
By Sam Ramsden
Get The Very Best Of Bustle/UK