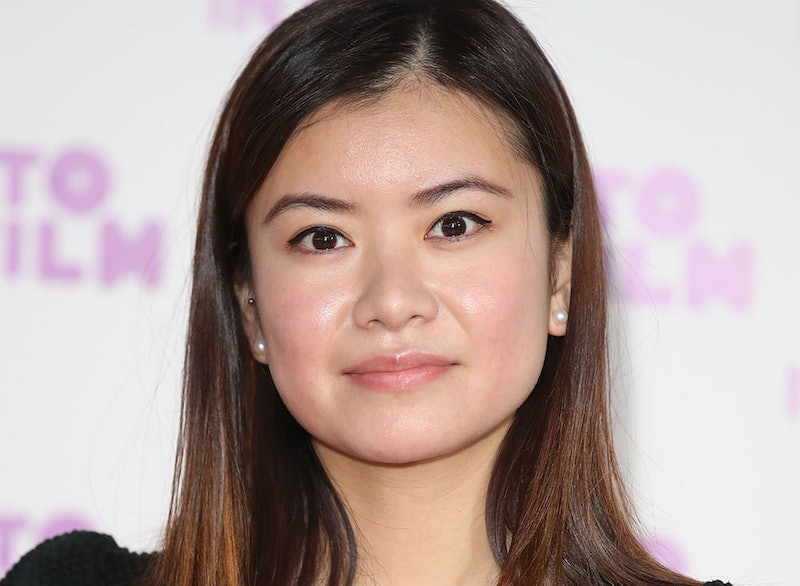 Following reignited discussions about the racial stereotyping of Cho Chang, a supporting character in the Harry Potter series, actor Katie Leung herself responded to J.K. Rowling’s transphobic tweets on June 7. The fictional Asian witch re-entered public discourse after Rowling once again made anti-trans statements on Twitter that criticized the term “people who menstruate” and the concept that biological sex isn’t real. When the discussion turned to Rowling’s poor track record of writing marginalized and people of color — as prevalent in her decision to name the only Asian character Cho Chang — Leung chimed in on Twitter and refocused the narrative on Black trans lives in the wake of global Black Lives Matter protests.

“So, you want my thoughts on Cho Chang?” Leung tweeted. “Okay, here goes...(thread).” The thread then linked to a GoFundMe for Black trans women in Atlanta, Georgia, a Change.org petition that demands more protection for Black trans women in the U.K., a website for U.K. Black Pride, and a Vice article that outlines all the organizations that support Black trans people that readers can donate to. The U.K.-born Scottish-Chinese actor ended her thread with the hashtag #AsiansForBlackLives.

Leung’s response comes after protests surrounding the death of George Floyd, the Black man who died while pinned under a white police officer in Minneapolis, extended beyond the U.S. and into the U.K., Germany, France, and Australia over the last few weeks. Leung attended a Black Lives Matter rally in London on June 3 and shared a clip on Twitter. She also criticized the U.K.’s own track record when it comes to race relations and tweeted on June 1, “The UK is not innocent. #BlackLivesMatter.”

Rowling sparked backlash on June 6 after she tweeted an article about menstruation. “If sex isn’t real, there’s no same-sex attraction. If sex isn’t real, the lived reality of women globally is erased,” she tweeted. “I know and love trans people, but erasing the concept of sex removes the ability of many to meaningfully discuss their lives. It isn’t hate to speak the truth.” GLAAD soon replied to her various tweets and condemned the author for aligning with “an ideology which willfully distorts facts about gender identity and people who are trans.” GLAAD tweeted, “In 2020, there is no excuse for targeting trans people.”

This isn’t the first time Rowling has been accused of transphobia. Last December, she came under fire for tweeting her support for a researcher who got fired for using “offensive and exclusionary” language towards the trans community. “Dress however you please. Call yourself whatever you like. Sleep with any consenting adult who’ll have you,” she tweeted at the time. “Live your best life in peace and security. But force women out of their jobs for stating that sex is real?”

Rowling isn't exactly channeling the empathy imbued in her Harry Potter characters, which only makes Leung's powerful response all the more appreciated.

More like this
Rupert Grint Just Shared A *Major* Update About Ron Weasley’s Future
By El Hunt
Jennifer Coolidge Hunted For Jewels & Lashes In J.Lo’s Hotel Room
By Jake Viswanath
What Really Happened Between Lea Michele & Sadie Sink On 'The Tonight Show'
By El Hunt
New Details About Jeremy Renner's Snowplow Accident Reveal The Actor's Intentions
By Sam Ramsden
Get Even More From Bustle — Sign Up For The Newsletter
From hair trends to relationship advice, our daily newsletter has everything you need to sound like a person who’s on TikTok, even if you aren’t.