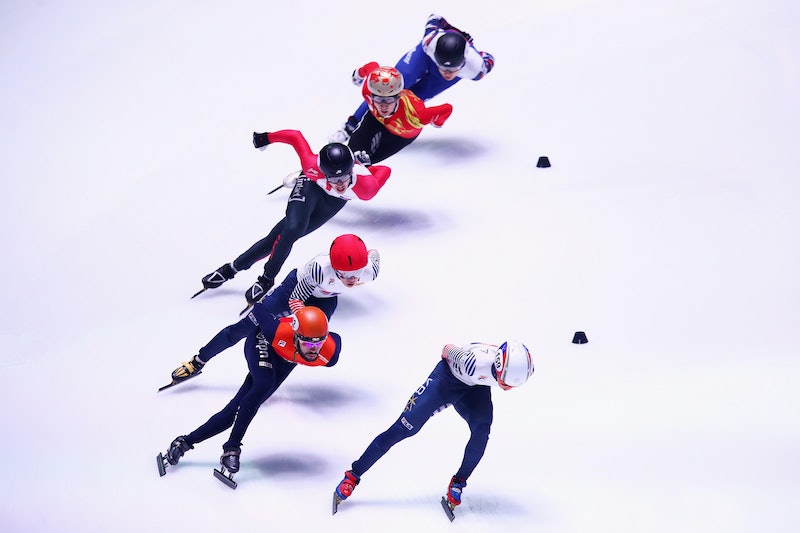 In a decision intended to emphasize the International Olympic Committee's hard line on doping, Russia was banned from the Pyeongchang 2018 Winter Games in South Korea. The decision "to suspend the Russian Olympic Committee (ROC) with immediate effect" came after an investigation of more than a year and a half into Russia's extensive and long-term doping program. Russia is not the first country the IOC has suspended from competing, but no country has ever been punished as severely as it has been.

As an institution more than a century old, the Olympics has seen its share of no-shows. There have been voluntary suspensions — otherwise known as boycotts — as well as a stark lack of invitation, particularly in the fragile peacetime following World Wars One and Two. The Olympics has also been at the center of impassioned protest, like the famous Human Rights Salute by Tommie Smith and John Carlos at the 1968 Olympics. (Technically, the IOC bans protest of any kind from the Olympics.)

So, no, Russia is not the first country to face an all-out suspension from the Olympics. That said: The penalties that Russia now faces, which includes being stripped of many of its Sochi medals and a lifetime ban for Vitaly Mutko, who oversaw Russia's sporting presence during Sochi, are unprecedented, according to The New York Times.

Here's what the IOC has demanded: That Russia win zero medals in the 2018 Winter Olympics. That no athlete participate on behalf of Russia in 2018. That Mutko and his deputy be banned from the Olympics forever, and other Russian officials be suspended from the IOC. That Russia give $15 million to an international anti-doping agency and as compensation for the cost of the investigation. And that if any athlete from Russia does participate in the Olympics in 2018, it be under strict guidelines and with the understanding that they are a "neutral" competitor — e.g. without country.

It's a harsh and purposeful measure, intended to wipe out the line between Russia's doping program and the Olympics for good. The IOC determined its position after receiving a recommendation "to take the appropriate measures that should be strong enough to effectively sanction the existence of a systemic manipulation of the anti-doping rules and system in Russia, as well as the legal responsibility of the various entities involved (i.e., including uniform, flag and anthem)."

The news landed late at night in Russia, meaning that Putin and his high-ranking officials could not be immediately reached for comment.

The Olympic Games have been beset by political controversy before, most memorably during the First and Second World Wars. The 1916 and 1940 Games occurred during wartime, forcing the IOC to cancel both. In the aftermath, the countries deemed the perpetrators were not invited: Austria, Bulgaria, Turkey, and Hungary in 1920, and Germany and Japan in 1948.

South Africa was barred permanently from the Olympics between 1960 and 1990 in response to apartheid, and in 1976 almost every African country boycotted the Olympics in protest of New Zealand, which had toured the country's apartheid regime that year.

In a statement regarding Russia's suspension, IOC head Thomas Bach noted that the punishment fit the crime: "This was an unprecedented attack on the integrity of the Olympic Games and sport."