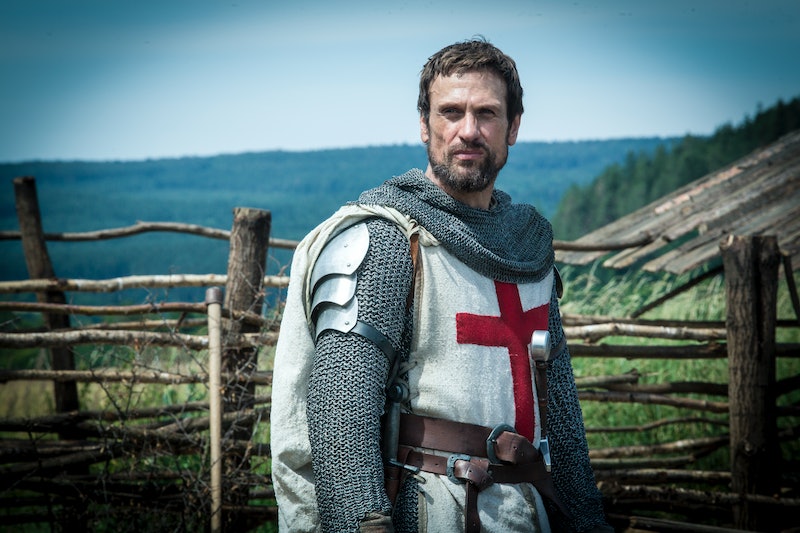 The History Channel series Knightfall follows a group of men embarking on one of the most famous quests in history — the search for the Holy Grail. Of course, it's not their quest in particular that is famous. For centuries, different stories of different people questing for the Holy Grail have been told. Heroes ranging from King Arthur to Indiana Jones have searched for the legendary cup — but has the Holy Grail actually been found? Do the characters of Knightfall stand a chance, or does history tell us the true nature of this mythic vessel?

The myth of the Holy Grail is a complicated, but fascinating one. Different versions of the story have appeared over the past millennium, but, according to the History Channel website, the Holy Grail is "thought to be the cup that Jesus Christ drank from at the Last Supper and that Joseph of Arimathea used to collect Jesus’s blood at his crucifixion." The Holy Grail is deeply connected with Christian mythology, despite the fact that it is never explicitly mentioned in the Bible. In fact, popular opinion is that the Holy Grail isn't even real — but that hasn't stopped people from claiming that they've found it.

In 2014, The Irish Times reported that a pair of Spanish historians claimed that they found the Holy Grail. According to the report, they discovered an onyx chalice "concealed within another antique vessel known as the Chalice of Doña Urruca," which is held at the Basílica de San Isidoro in León, Spain. While there is no denying that they've successfully found an old cup in the Chalice of Doña Urruca, the legitimacy of this cup being the Holy Grail is unconfirmed. As the The Irish Times noted, the historians "cannot say for sure whether this chalice ever actually touched Christ’s lips," which is pretty much the Holy Grail's whole thing.

This claim that the Holy Grail has been found is just the latest in a long series of stories surrounding the goblet. From the entirely fictionalized tales of King Arthur hunting for the grail to rumours about its supposed mystical properties, the Holy Grail has existed through stories and legends for thousands of years. One could argue that the Holy Grail is among the most famous pieces of imagery associated with Christianity that doesn't actually appear in the Christian Bible — and a lot of things show up in the Bible. A woman just turns into a bunch of salt at one point. Towards the end, Jesus Christ throws a monster into a lake of fire. It's a book in which donkeys can talk. There's plenty of room in the Bible for a magic cup — so the fact that the Holy Grail is never mentioned could indicate that the cup, as it serves in a religious sense, may not be real after all.

While the original Knights Templar no longer exist, modern organizations going by the same name have sprouted up and have an accessible web presence, although they seem to have lost track of the supposed Holy Grail at some point over the last 700 years. But, the whole point of the Holy Grail isn't the goblet itself. What makes the Holy Grail so important is the many quests and stories it inspired, from Monty Python's Quest For The Holy Grail to The Da Vinci Code to, now, Knightfall. The Holy Grail may never be found, and it may not even be real, but that hasn't stopped it from becoming one of the most important drinking implements in all of history.