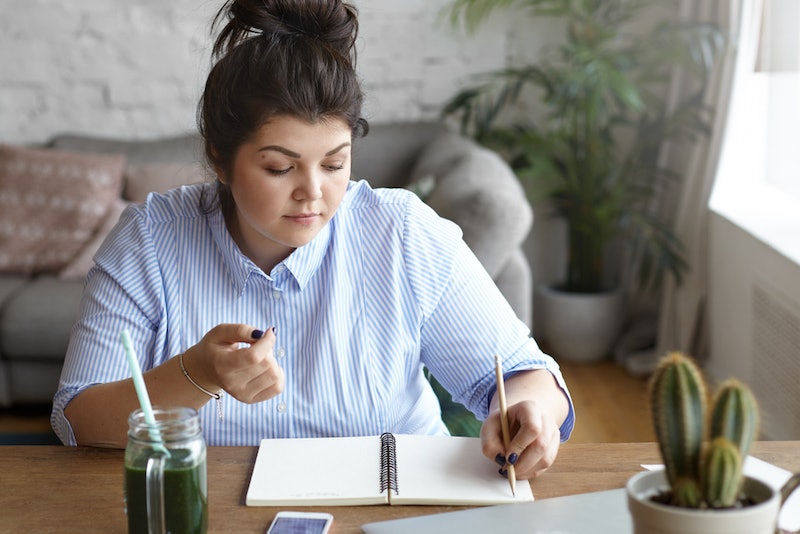 I hold fast to the notion that tidiness is awesome. I’ll admit that I’m one of those people who has a place for every little thing — and my desk is no exception. I feel like sitting down to an organized workspace is like a clean slate every day. But if you find that your organizational style is on the more relaxed side of the spectrum, that might say something about your personality, or influence how other people may perceive you. According to a new study published in the journal Personality and Individual Differences by researchers at the University of Michigan, a messy office makes you come off as kind of neurotic and cranky.

For this research, 160 study participants were randomly assigned to sit in different researchers’ offices, with varying levels of clutter. One office was neat and organized, one was “somewhat” messy, and the third was “very” messy, according to a recent press release. Participants were then asked how they perceived the personality of each researcher based on the level of messiness in their office. According to their perceptions, participants thought that the person with the super clean office was more conscientious and caring than the researcher with the messiest office — who was perceived as more cranky, careless, and neurotic.

Researchers suggest per the press release that these findings could have some powerful implications for job seekers, for instance. “When there are cues related to less cleanliness, order, organization, and more clutter in an owner's primary territory, perceivers ascribe lower conscientiousness to the owner, whether that owner is a worker in the real world (office), a job-seeker (apartment), a student (bedroom) or a researcher at a university (lab office)," said lead study author Terrence Horgan, a professor of psychology at the University of Michigan.

Well + Good notes that first impressions can be powerful — even if a messy desk or office doesn’t actually mean that you're less agreeable or conscientious than your tidier colleague. Basically, perception is not necessarily reality — in fact, it’s often the case that perception is just perception. But there’s no doubt that the way others perceive you can affect relationships, or potential opportunities when it comes to your career.

So, what’s the takeaway here? While a messy desk might mean that you could be a super positive, loving, and motivated genius, there might be some benefits to clearing out the clutter if you want to make the best impression possible. “In everyday life, if people think that a person might be careless, cranky, and uncaring because [their] office is very messy, then these impressions could subsequently impact how — or even whether — they decide to deal with [them] in the future, either on a personal or professional basis,” the researchers noted in the press release. Whether you’re wanting to make a good impression on a new boss, client, or colleague, cleaning up your workspace can help you make a great first impression. Ditch those old coffee cups from yesterday’s meeting, folks.