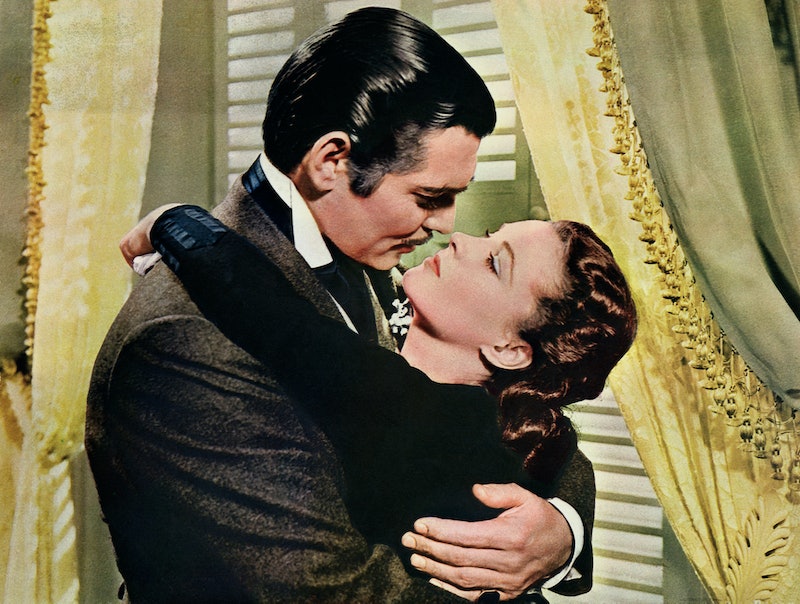 One of the highest-grossing films of all time, a Hollywood classic, is taking a temporary departure from a new streaming service. HBO Max removed Gone With the Wind from its platform, CNN Business reported on June 10. The decision comes after protests have swept the nation fighting for racial justice following George Floyd's death. Floyd died when police officer Derek Chauvin pressed his knee into Floyd's neck for 8 minutes and 46 seconds. (Chauvin and three other officers involved were fired and have been charged for Floyd's death.) The protests have also caused people to take another look at how entertainment has facilitated racism in our society, causing people to take another look at Gone With The Wind, a film long accused of romanticizing the South and the Civil War.

A few days before HBO Max announced the move, 12 Years a Slave screenwriter John Ridley wrote an op-ed for the Los Angeles Times where he asked HBO Max to pull Gone With the Wind for a "respectful amount of time." While making it clear he doesn't believe in censorship, Ridley wrote, "I would just ask, after a respectful amount of time has passed, that the film be re-introduced to the HBO Max platform along with other films that give a more broad-based and complete picture of what slavery and the Confederacy truly were."

It's unclear whether HBO Max plans to follow Ridley's suggestion, but a spokesperson for the site told CNN Business that "we felt that to keep this title up without an explanation and a denouncement of those depictions would be irresponsible." The statement also called Gone With the Wind is "a product of its time and depicts some of the ethnic and racial prejudices that have, unfortunately, been commonplace in American society," and noted that the 1939 movie would eventually return to HBO Max "with a discussion of its historical context and a denouncement of those very depictions."

The decision immediately sparked a debate on social media, with some defenders noting that the film actually did make history for Black performers in Hollywood. In 1940, Gone With the Wind won eight Oscars, including Hattie McDaniel taking home Best Actress in a Supporting Role, making her the first black actor to be nominated and win an Academy Award. Despite McDaniel's historic achievement, it's true that Gone With The Wind perpetuated the Mammy stereotype on-screen. And the film's portrayal of slavery and the Confederacy has also repeatedly come under scrutiny.

Others worried about the film being censored, but the temporary removal of Gone With the Wind isn't about eliminating the movie altogether, but about providing context. As the spokesperson for HBO Max said, "If we are to create a more just, equitable and inclusive future, we must first acknowledge and understand our history."

More like this
Here’s Everything Coming To & Leaving Netflix In February
By Jake Viswanath
Yes, You Can Stream ‘To Leslie’ In The UK Now
By Sam Ramsden
11 Movies To Watch At The 2023 Sundance Film Festival
By Chloe Foussianes
Jennifer Coolidge Hunted For Jewels & Lashes In J.Lo’s Hotel Room
By Jake Viswanath
Get Even More From Bustle — Sign Up For The Newsletter
From hair trends to relationship advice, our daily newsletter has everything you need to sound like a person who’s on TikTok, even if you aren’t.