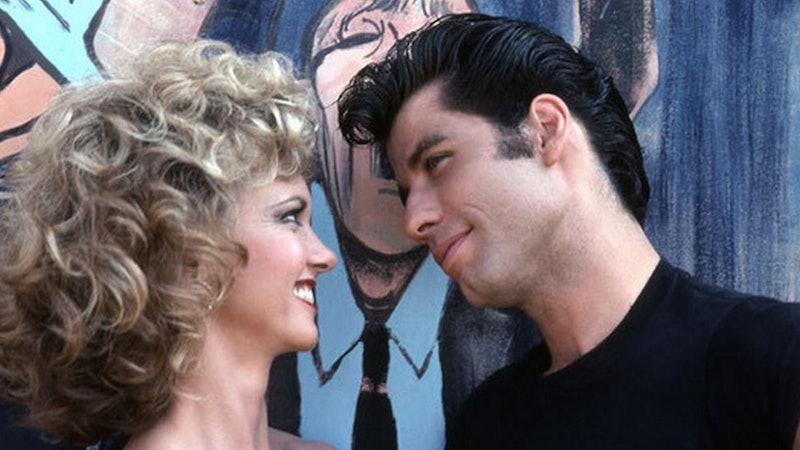 Grease is the word at HBO Max. The streaming service has granted a straight-to-series order to Grease: Rydell High, a musical TV series spin-off, inspired by the 1978 film starring John Travolta as Danny Zuko and Olivia Newton-John as Sandy. Much like the original, the show will take place in the 1950s, according to a press release obtained by Bustle, and center around life at Rydell High when “the Pink Ladies and the T-Birds still rule the school."

But, while the show is being called a reimagined version of the classic film, it's unclear which, if any, familiar characters will be featured in the new series. According to the press release, Rydell High will feature "some characters you already know, and a whole lot more you will soon meet." And given the presence of the Pink Ladies and T-Birds in the official announcement, there's a solid chance that Rizzo, Jan, Kenickie, Frenchie, and Co. could make an appearance at some point, giving viewers an inside look at what their lives were like long before graduation. That being said, there will be one very noticeable difference between the series and its big screen counterpart: the songs.

Though the press release promises that Grease: Rydell High will include "big musical numbers from the period combined with new original songs," there's no mention that any of the songs from the movie will be included throughout the spinoff. That means potentially no "Summer Nights;" no "Greased Lightning;" and no "You're the One That I Want." That's not to say that the new numbers and era-appropriate music won't be great on their own, but it may definitely leave hopelessly devoted fans with a void they're unable to fill.

But just because the songs may be different doesn't mean that the spinoff won't do everything within its power to encapsulate the same fun, hand-jive-like energy of the original. “This is high school and life in small-town USA told on the scale of a big rock’n’roll musical,” Sarah Aubrey, head of original content at HBO Max, said in a statement as per the press release. “It’s Grease 2.0 but with the same spirit, energy, and excitement you immediately think of when you hear any of these iconic songs. You’re the One That I Want!”

Speaking of what fans want, this isn't the only Grease-related project that has been announced this year. Back in April, Deadline reported that a potential Grease prequel is in the works at Paramount and titled Summer Loving, which would focus on the fling Danny and Sandy had before reuniting later on at Rydell High. As you'll recall from the song "Summer Nights," both Sandy and Danny had very different versions of what really took place between the two of them that summer, so the prequel would give fans the opportunity to get to the bottom this long-standing mystery once and for all.

But that's a concern for another day. In the meantime, HBO Max is compiling quite an impressive roaster of new content apart from the Grease spinoff, which includes a Gossip Girls reboot, a Practical Magic prequel, an animated Gremlins prequel, and The Boondocks reboot.

No premiere date or episode count for the Grease spinoff has been announced yet, but the streaming platform is sure to tell us more, tell us more when the time comes.