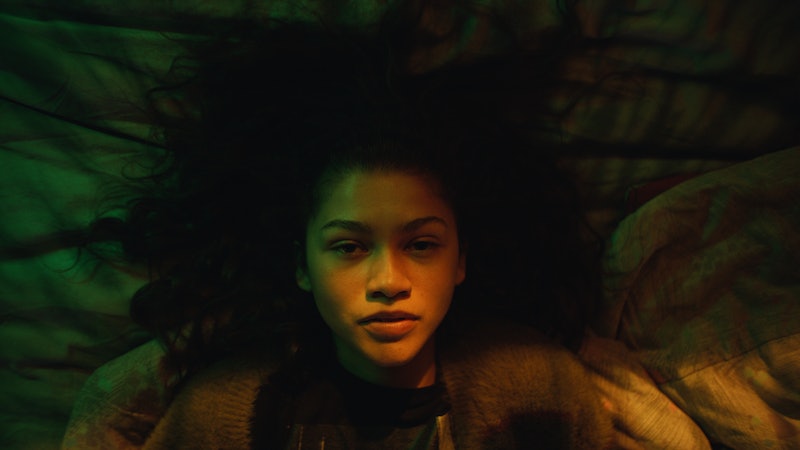 One of the most-watched networks is taking a major step forward when it comes to handling shows that feature characters who deal with mental illness. HBO will air mental health disclaimers, also dubbed as "bumpers," before select shows, including their recent hits Euphoria and Barry. The new warnings are designed to identify specific mental illnesses or symptoms that will appear in the episode and provide resources for anyone seeking help.

As reported by Variety, HBO teamed up with the National Alliance of Mental Health (NAMI) to create the warnings, which are based off the channel's "The following program is rated..." disclaimers that already appear before select shows and movies. The decision to raise mental health awareness before specific programs comes as part of network's new initiative "It's OK," which aims to end the stigma around mental illness and start meaningful conversations about the importance of mental health.

“HBO has always been at the forefront of telling stories featuring complex characters, some of whom deal with mental illness, from The Sopranos to Euphoria, encouraging more conversation around the different facets of mental health,” Jason Mulderig, vice president of brand & product marketing at HBO, told Variety in a statement. “We are not saying ‘viewer discretion is advised.’ We are saying ‘viewer conversation is encouraged.’”

HBO, Netflix, and other platforms already air warnings before select programming about potentially triggering content. Commonly disclaimers will be used when episodes feature violence, substance abuse, or sexual assault. But these new disclaimers will be some of the first aimed specifically toward identifying mental health illnesses and symptoms, expanding the subjects that viewers should be aware of before diving into shows like Euphoria and Girls, both of which feature characters living with mental illness.

Prior to the June 2019 premiere of the controversial show Euphoria, star Zendaya took it upon herself to warn potential viewers that the show could be triggering. "It’s a raw and honest portrait of addiction, anxiety, and the difficulties of navigating life today," she said in an Instagram post. "There are scenes that are graphic, hard to watch, and can be triggering. Please only watch if you feel you can handle it. Do what’s best for you. I will still love you and feel your support.”

Mental health disclaimers on television have been a hot-button topic in light of series like Euphoria and Netflix's 13 Reasons Why. After the latter show's 2017 premiere, viewers and mental health awareness groups alike criticized Netflix for not giving viewers disclaimers every episode, as the show's plot revolved around a teenager's death by suicide. The first season originally only included one disclaimer, to warn about the extremely graphic suicide scene in the season finale, which was also criticized. More warnings, some featuring the cast, were added after the show had been online for months and were featured in later seasons, and the suicide scene in question was cut to be less graphic in June 2019, over two years after its premiere.

As part of their "It's OK" initiative, HBO has also announced a short-form series entitled Doctor Commentaries, where clinical psychologist and mental health advocate Dr. Ali Mattu will lead conversations on specific scenes from HBO shows. The mini-series will consist of seven episodes, the first of which focuses on the network's hit Girls.

With this new initiative, HBO is not just hoping to bring more awareness to mental illness, they're giving audiences the tools necessary to take action and help themselves.