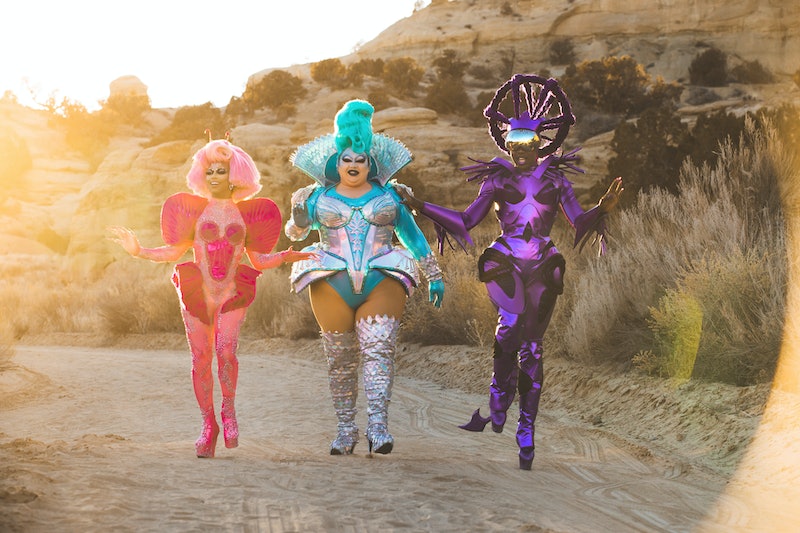 For the first time in the network's history, HBO will host a week of digital PRIDE events and programming for LGBTQIA+ viewers, via their newly launched website. HBO's "Human By Orientation" events are free, and range from musical performances, a drag brunch, underground DJ sets, queer comedy, and musical cardio workouts, as detailed in a press release obtained by Bustle. Daily virtual events will kick off on Thursday, June 18, and run through Sunday, June 28. All fans have to do to attend is sign up online.

HBO's site acknowledged the history of PRIDE and how it relates to the Black Lives Matter movement, writing, "Pride originated as a protest, led by trans women of color, fighting for all LGBTQIA+ people. Black lives matter. Black trans lives matter. Black queer lives matter." Event organizers emphasized that, "as a community, we must stand in solidarity." The site also emphasized that the fun PRIDE events were not meant to detract from the urgent advocacy of the current moment, but instead provide, "a safe space for the LGBTQIA+ community and allies to gather, recharge and celebrate our queerest, proudest selves."

Festivities will kick off on Thursday with a DJ set by Por Detroit x Ostbahnhof, who will provide a nod to the Los Angeles warehouse parties, bringing the party into viewers' homes during a Pride season where gathering for in-person events is not possible due to the COVID-19 pandemic. Musical headliner Todrick Hall will then perform on Juneteenth. "I am very excited to perform a one-of-a-kind set that not only celebrates Pride, but also lands on this hallowed day in the Black community," Hall said in a statement. "Especially now, it’s so important for Black queer artists to have our voices heard."

Other musical headliners Janelle Monae and Kim Petras will perform during the final weekend of the virtual festival.

Other digital events include a drag brunch with the cast of the HBO documentary series We're Here, Bob the Drag Queen, Shangela, and Eureka O'Hara, and a performance from the Miami-based rave collective Internet Friends. And throughout the week, the site will also stream drag queen story hours with various performers, including Harmonica Sunbeam and Lil Miss Hot Mess, as well as various DJ sets with Slo Mo, Oscar Nñ, and Adam R.

HBO's digital PRIDE initiative is also partnering with LGBTQIA+ and civil rights nonprofit partners including the National Black Justice Coalition, Ali Forney Center, the Audre Lorde Project, and more, as per the press release. Participants are being encouraged to learn more about these organizations and get involved longterm, even after the network's week of virtual events come to an end.