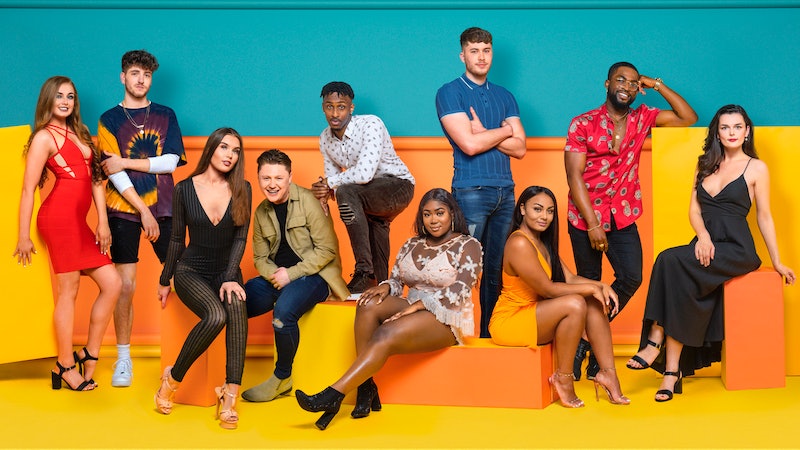 Hey, I'm about to say something truly shocking that might well shake you to your very core. So just make sure you can sit down if necessary and/or have a pillow next to you to scream into. OK here goes — it's only been three weeks since Love Island finished. I know, shocking. It feels like an absolute age ago. And only one of the couples has broken up (at the time of writing this article). But I may have a cure for all your withdrawal symptoms. BBC 3's new show Heartbreak Holiday could be the remedy to all your reality TV woes.

Right, yikes, OK. Heartbreak doesn't sound that fun does it? Well you guys, of course it isn't. But imagine sending a whole host of heartbroken people on a bon voyage together. Can anyone say high octane drama and intense rebound romances? I can, it's pronounced Heartbreak Holiday.

So the show, which is from BBC Three and available on BBC iPlayer, sees ten single people take the trip of a lifetime after suffering an achy breaky heart. Which is basically, the ideal thing to do after a break up right? Get away on your holibobs. Take some sun. Oh and alongside a load of other bereft people? Hmm maybe not but, damn, that's entertainment.

So this bunch, who are lucky in terms of vacation but not love are headed off on an island-hopping holiday to Greece. The show, which is in seven parts, will provide a whole lot of pretty lit drama.

According to the BBC, it won't only be the potential dalliances between contestants that will be thrilling. Hell no. They'll have surprise mystery guests to help them move forward. Like a Noel's House Party type thing but instead of it being fun celebs, it's more like torturous people from your past. Into it. Although I wouldn't mind a bit of Mr Blobby if I'm honest.

According to the show description: "Each episode [contestants] will be joined by a surprise visitor from home who will encourage them to confront their past head on, and move on with help from their new-found friends."

So you know, it's a free holiday. One will assume that they'll be getting a fair bit of Ouzo, beers, wines, anything they want really. And what does any normal person do when they are drunk? They text their friends/exes to overly share their feelings. Texts which will be shown to viewers.

As per the show description: "Messages from back home will provide a glimpse into what is happening off-screen, revealing how the members of the group really feel, as they get to know each other and try to overcome their heartbreak."

Which OMG that is so lit but OMG if anyone saw my pathetic texts to any of my exes during a heartbreak? I would probably melt on the spot.

The show is being super well received by fans who are comparing it to ITV's Love Island, which is basically a part of the British psyche now. However, many have pointed out that it seems more genuine and diverse than ITV's flagship show.

With an amazing premise and a tonne of shout outs on Twitter already, Heartbreak Holiday sounds like an asbolute winner.

More like this
Molly-Mae & Tommy Fury Revealed Their Baby Girl's "Really Unusual" Name
By Sophie McEvoy and Sam Ramsden
Joey Essex Is Rumoured To Be Dating A 'Love Island' Favourite
By Sam Ramsden
'Love Island' Has Added Yet Another Bombshell To The Villa
By Bustle UK
Every Season Of 'Love Island' Ranked Best To Worst
By Alice Broster, Frances Stewart and Sophie McEvoy
Get The Very Best Of Bustle/UK
Sign up for Bustle UK's twice-weekly newsletter, featuring the latest must-watch TV, moving personal stories, and expert advice on the hottest viral buys.