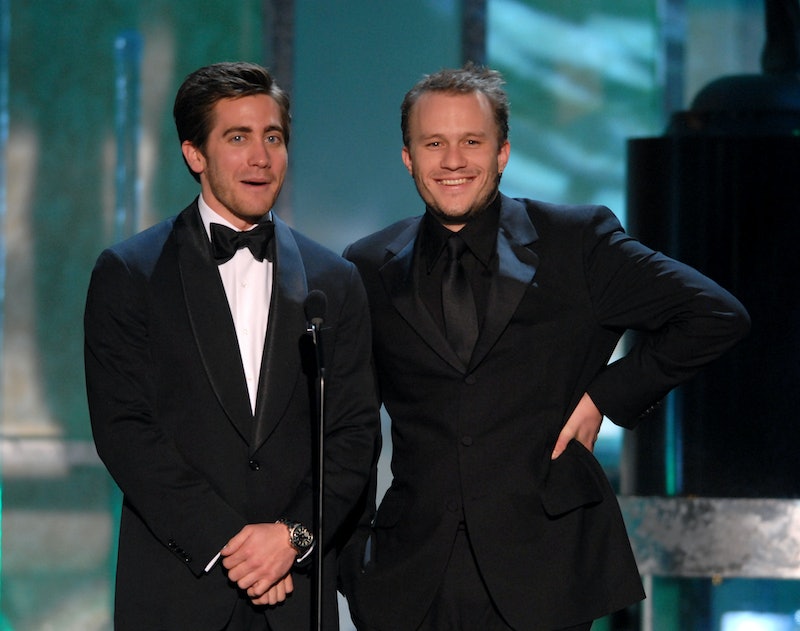 The 2007 Oscars were almost very different, and you can thank Heath Ledger for saving the award show from potential embarrassment. In a new interview, Jake Gyllenhaal revealed that his late Brokeback Mountain co-star Heath Ledger refused to present at the 2006 Oscars, fearing that producers were planning to spoof their (now) Oscar-winning classic in a way that could have easily gone awry.

According to Gyllenhaal, the two actors, who were both nominated for their performances that year, were asked to appear together onstage, but Ledger was hesitant. “I remember they wanted to do an opening for the Academy Awards that year that was sort of joking about it,” he explained. “And Heath refused. I was sort of at the time, ‘Oh, okay... whatever.’ I’m always like, it’s all in good fun. And Heath said, ‘It’s not a joke to me – I don’t want to make any jokes about it.’”

Looking back, Gyllenhaal agrees that Ledger made the right decision in declining the potentially egregious offer. “That’s the thing I loved about Heath,” he said. “He would never joke. Someone wanted to make a joke about the story or whatever, he was like, ‘No. This is about love. Like, that’s it, man. Like, no.’”

As fans remember, Brokeback Mountain followed the story of Jack Twist (Gyllenhaal) and Ennis Del Mar (Ledger), two married cowboys who fall in love with each other unexpectedly. It received acclaim from critics and fans alike for its significant (but at the time taboo) portrayal of an intimate same-sex relationship. It also spawned many homophobic jokes about gay cowboys, gay actors, Ledger and Gyllenhaal being gay, and just gayness in general. (Now gay cowboys are all the rage — just ask Lil Nas X and Orville Peck). Who knows how far the Oscars could've gone with this sort of dated "humor"?

Over a decade after his untimely death, Ledger is still proving what a thoughtful and respectful gem of an actor he was. Frankly, the only Brokeback-themed opening that would've been appropriate in an Oscar year would be the retracting of Crash's Best Picture win and handing it over to Brokeback. It's only right.

More like this
Keke Palmer Hopes 'Lightyear' Will Help “Normalise” Same-Sex Relationships
By Sam Ramsden
Eva Reign’s Joyous Ascent
By Alyssa Lapid
Kimberly J. Brown & Daniel Kountz Looked Back On Their ‘Halloweentown’ Romance
By Stephanie Topacio Long
All The Sneaky Lindsay Lohan Movie Easter Eggs In Her New Ad, Explained
By Stephanie Topacio Long
Get Even More From Bustle — Sign Up For The Newsletter